I was born in Jamaica, West Indies, and emigrated to the U.S. in 1988, the day after I turned 16 years old. My mother, stepfather, and sister were already living in New York, but I chose to stay in Jamaica a couple of extra years so that I could graduate from high school. I became an American citizen in 2003. How did that happen?

I had gone through college and realized by then that, while I loved going back to Jamaica to visit, I was now thinking of New York as my home. I also really wanted to participate in the political process, so I knew that I needed to take the necessary steps to become a citizen. In those days the process was long and arduous. There were a lot of long days and a lot of long lines at the INS offices downtown. The most memorable and enjoyable thing for me was the day I became a citizen. The joy, the diversity, and the positive spirit of the soon-to-be citizens in the room was incredible and unforgettable. For me, the educational opportunities have been amazing. I was the first in my family to graduate from college. I am not sure I would have been able to accomplish that in Jamaica. 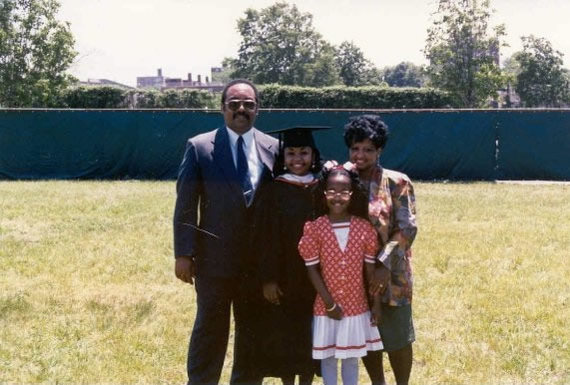 To legal permanent residents considering naturalization, I say: DO IT! You live here, you pay taxes, so you should be participating in the process!

My high school in Jamaica very strategically emphasized the importance of service and volunteerism, and ever since I arrived in the States, I have looked for opportunities to get involved. I have always been a volunteer. I now serve on the boards of two nonprofit organizations, both of which lean heavily toward immigration and education, and in some cases, a combination of the two.

Working at a nonprofit grantmaking organization also fosters a culture of giving. How amazing it was for me to arrive at Carnegie Corporation, and to hear a quote the nuns back at Immaculate Conception High School in Jamaica had said over and over, and in many variations: "To whom much is given, much is expected." And now I know that this was also something Andrew Carnegie said many times over the years. I believe in this wholeheartedly, believe it to be part of my mission, my story to leave with others. Giving has made me a better person, and I have gotten back way more in return than I could have ever imagined.

She Stayed the Course: My Mother's Journey to Citizenship

My mother, Dorothy Steele, was born in Jamaica, and emigrated to the U.S. in June of 1986. She believed that America would provide her children with a better opportunity for higher education. I was 13 years old at the time, and the decision was made that I would remain in Jamaica and finish high school, then join her afterward. I went to live with my aunt and grandmother, where I stayed for two years until I graduated from high school. My sister, who was 17 months old when our mother left for the U.S., lived with another aunt before she was brought to the States shortly before her third birthday.

My mother got caught up in the system. She had a work permit, but due to a clerical error, her application for residency languished in the system for decades. The process was long, arduous, frustrating, and very expensive. The most memorable thing of all happened a few years ago. The judge in Atlanta, who was looking over the case, expressed amazement at how it had dragged on and on, and how simple it actually was to solve. So, the judge told the Immigration and Naturalization Service: "Fix it." A few weeks later, my mother's green card arrived in the mail. No note or explanation, just the card. 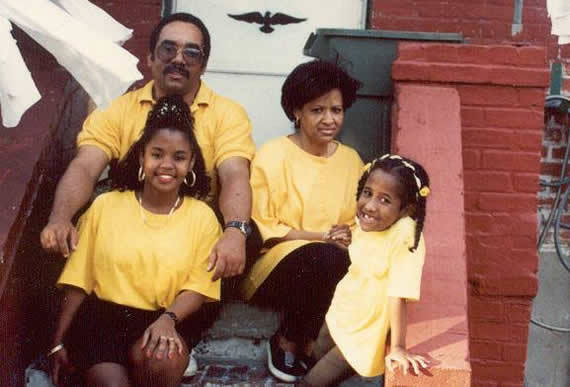 Finally, after years of watching my mother deal with court appearances and with the INS in both New York and Atlanta, it was with great pride that I traveled to Georgia to see her get sworn in as a U.S. citizen, on March 22, 2016.

My mother's advice to anyone applying for citizenship who runs into roadblocks? Do not give up hope. Stay on top of the process and provide them with everything they ask for. The time between my mother taking the test and getting sworn in was only six days. At the very end, it was all smooth sailing. The ceremony itself was very moving. More than 150 people from over 50 countries were sworn in! The ceremony included a wonderful video statement from President Obama welcoming the new citizens. I was very proud to be there, and proud of my mother for staying the course.