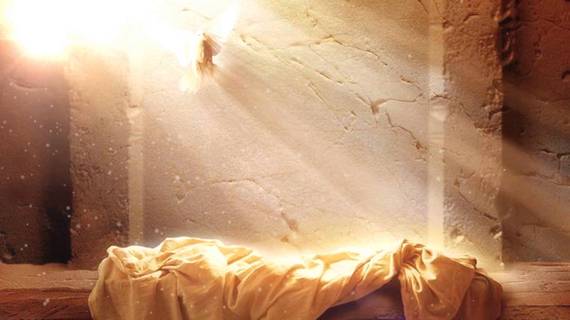 The hardest chapter to write for my book on the Jewishness of Jesus was the one on resurrection. I tried to avoid it, but my editor insisted. Resurrection is not a topic we discuss much in synagogues.

In fact, many Jews and Christians today believe Jews have never believed in the resurrection of the dead. Yet, the Talmud says faith in resurrection is one of the three core ideas of Judaism. Look at chapter 37 of the Book of Ezekiel. In it the Prophet Ezekiel envisions a valley full of dry bones. He speaks to the bones. He tells them God will breathe life into them. They will have skin and flesh and become a great army.

The bones symbolize the people of Israel, who will rise again and return to their land. The text is not purely a symbolic vision of rebirth. It is physical, with the spirit giving life to the bones of the dead. The text is traditionally read during the week of Passover. Passover was the time when the Jewish people expected the Messiah to arrive. (For Christians, this was the also the period when Jesus died and was resurrected.)

Why did many modern Jews and Christians give up belief in resurrection? Because it isn't "rational." Nobody can prove that our bodies and souls will be reunited. And science proves our bodies simply decompose. Resurrection is one of the parts of religion resting purely on faith. (To get a summary of what different religious groups believe about life after death, check out this free guide

Why We Should Reconsider Resurrection

But it is a faith we should consider. For one thing, it teaches the imperative of justice. It envisions a world in which those who had been oppressed will find themselves free and prosperous once again.

It also reminds us to work for and care about a world we will not physically see. If death is the end all and be all, what incentive would we have to build a better world for future generations?

Resurrection is not a form of self-delusion or magical thinking, as some writers and critics of religion have called it. Rather, it is a way of lifting ourselves about our physical selves and recognizing we are something much larger and more enduring.

It is to believe our bodies are more than a collection of chemicals limited by nature. We are part of the natural world, but also part of eternity. Or, as the Psalmist puts it more poetically, "We are little lower than angels." (Psalm 8:5)