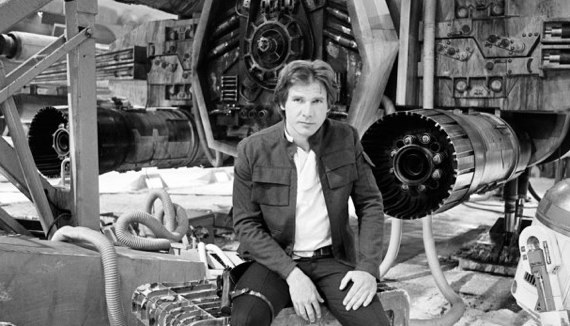 George Lucas was right. It would have been a mistake to kill Han Solo in Return of the Jedi (which almost happened), and it would be a mistake to kill him in Episode VII, no matter how much Harrison Ford may want that to happen.

Contrary to the beliefs of everyone who knows me, I do not spend every minute of my free time watching Star Wars. But, yes -- fine -- on President's Day, I found myself watching the original Star Wars (or, Episode IV: A New Hope, if we must), which, honestly (I swear), I hadn't seen from start to finish in at least a few years. (The Empire Strikes Back? That's another story.) With all of the recent Han Solo news -- Harrison Ford most likely reprising the role; a "young Han Solo" prequel -- I paid extra attention to Solo this time around. One scene stood out in particular.

It's the one where Han and Luke, both disguised as Stormtroopers, are in the Death Star, escorting their "prisoner," Chewbacca. As the three enter an elevator, Han gives the "anyone else going up?" signal to all of the Imperial passersby in the vicinity. This is great for a few reasons. First, it's stealthily funny -- moments like this were not to be found during the prequels, which, instead, opted for "in-your-face annoying" as their preferred comedic style. Next, it makes us like Han because he is nervous and this is something that you or I might do if you or I were in the Death Star and we were trying our best to blend in and act "natural." And, most importantly, it shows that Han is not a "hero" in the true since of the word. He's a reluctant human (or Corellian, if we're getting technical) who was hired to do a job but now finds himself in these extreme circumstances.

In other words: he's just doing the best he can, and in the end he makes the right decisions. This is why we like him. He's the one guy who didn't sign up for any of this, yet he sticks around and does the right thing. And now, for his trouble, he's going to get killed off? This would serve no purpose other than to piss off Star Wars fans and to make Harrison Ford happy.

If you didn't know, Ford wanted Solo to be killed off in Return of the Jedi. He was quoted in 2010 as saying, "I thought he should have died in the last one to give it some bottom." And now there is speculation that Ford wants Solo killed off in Episode VII.

Both Ford and former producer Gary Kurtz have chided Lucas for sparing Solo's life in a ploy to protect toy sales. Said Kurtz in a 2010 L.A. Times interview, "Instead of bittersweet and poignant he wanted a euphoric ending with everybody happy. The original idea was that they would recover [the kidnapped] Han Solo in the early part of the story and that he would then die in the middle part of the film in a raid on an Imperial base. George then decided he didn't want any of the principals killed. By that time there were really big toy sales and that was a reason."

Whatever the reason, not killing Solo was the correct decision. I mean, look at Kurtz's own words. The entire first act of Return of the Jedi is devoted to rescuing Han Solo. So, as a viewer, we would go through all of that just to have him die in the next act? And let's not forget why Han had to be rescued in the first place: he almost died in The Empire Strikes Back.

Of the film's three principals, Harrison Ford, Mark Hamill and Carrie Fisher, Ford was the only one who wasn't signed for all three movies. Ford's future in the series was in doubt when Solo was frozen in carbonite during Empire. Now, let's talk about that scene for a bit. When I first saw that scene as 5-year-old child in 1980, it was the most terrifying thing I had ever witnessed. Later, reading J.W. Rinzler's The Making of The Empire Strikes Back, I wasn't too surprised to learn that Ford and director Irvin Kershner wanted that scene to unfold like an execution. What happens to Solo in Empire (he's used as a guinea pig to see if a human can survive being frozen with an industrial mining machine) is as close to a death scene that can happen without the character actually being killed off.

My point is: it would be almost anti-climatic to kill off Solo, because we pretty much witnessed his execution in Empire. Solo brazenly telling Leia with his last words, "I know," after she confesses her love for him is one of the most famous bits of movie dialogue in history. What ending for Solo would have been more poignant than that? If Star Wars wanted to kill Solo, it should have happened right there. Once the decision was made to let him live, it's too late. You can't do it again, because nothing will top that. Solo has been through too much. You can't have him go through that -- along with a daring (if a bit harebrained) rescue -- then just kill him off. The audience likes Solo too much (even if Ford doesn't) to treat his character that shabbily.

And this holds true if they kill him off in Episode VII. I trust J.J. Abrams as a filmmaker but, I'm sorry, he will not be able to film a more iconic moment than Han telling Leia, "I know." No Star Wars fan wants to see Han Solo die -- not even dying peacefully in his sleep of old age. Remember the last time we tried this? Remember when James T. Kirk died in Star Trek: Generations? One of the most iconic characters of the 20th century died in front of one other person after falling off a little bridge. Now, anytime I watch Star Trek II: The Wrath of Khan, I can't help but think, Enjoy your victory now, Kirk, but someday you will fall off of a little bridge and die.

I do not want to ever re-watch Star Wars and have to think, as Han is awkwardly asking if anyone else needs a ride on the Death Star elevator, the same thing. I don't want to see Han give one final tearful speech to Leia after being shot or stabbed or whatever. He already said "I know." You cannot top "I know"!

Look, I'm certainly not opposed to Solo appearing in Episode VII, but there are enough shitty things in this world. I don't want to add "watching Han Solo die in Episode VII" to the list. I'd rather Ford not be in Episode VII than for him to appear, only to be killed off. Seriously, please don't fuck this up for Star Wars fans just because it sounds cool to kill Han Solo or because Harrison Ford wants it this way. It would have been a mistake in Return of the Jedi, and it would be a mistake now.

Mike Ryan is senior writer for Huffington Post Entertainment. Yes, he likes Star Wars a lot and he likes Han Solo a lot. You can contact him directly on Twitter.

Do Not Kill Han Solo In 'Episode VII'!
Who Should Play Young Han Solo? 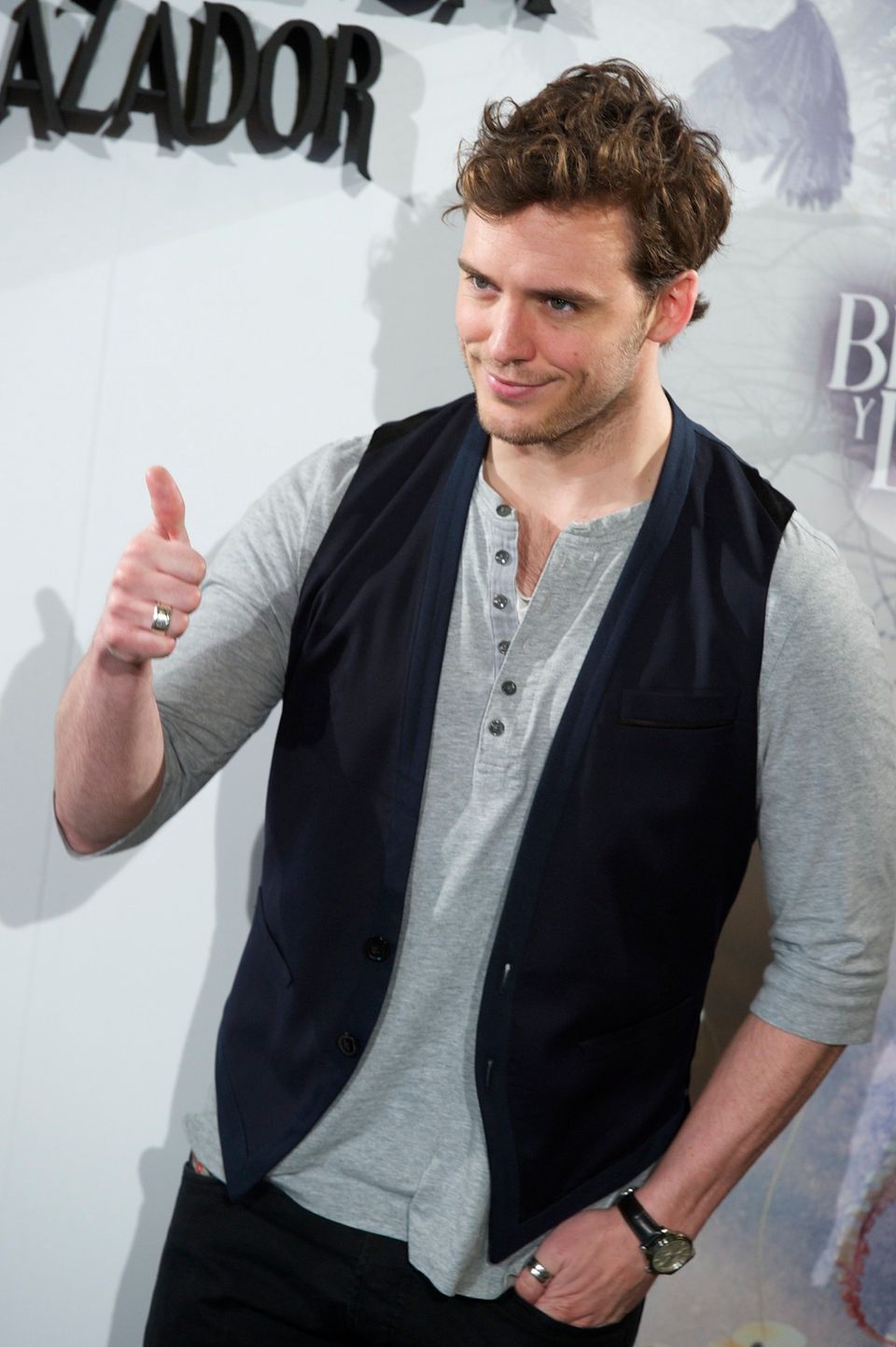