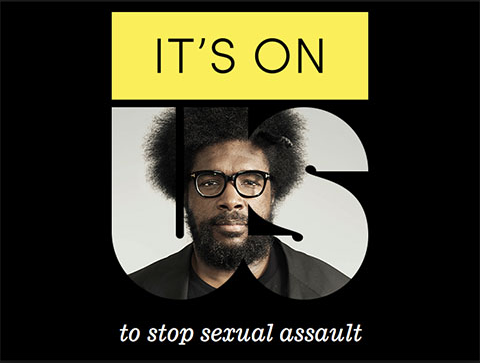 It is refreshing to have an outspoken feminist in the White House. President Obama's recent treatise in Glamour was an open call for all men to join him in his feminism. And, we should. What is feminism other than believing that women should have social, financial and political equality? It really is an easy concept to get behind -- especially for those of us who have strong women in our lives. All of my life I have been surrounded by strong women -- first my mom, my grandmothers, then also my step mom, the women I have dated, my mentors, my business partners and coworkers, my friends- that have played a role in shaping my view of the opposite sex. I am a feminist and I respect President Obama's feminist chops. And, I respect his call for men to join the fight to end sexual assault. All men and parents of boys should answer his call to end sexual assault.

The president certainly has a strong feminist background. I will not list all of the women that have played a role in getting him to the White House or the ones that have continued to play a role now that he is president. I will also avoid topics he covered in his piece like his wife and daughters. Instead I will highlight some of the president's accomplishments that he did not mention himself in Glamour. In 2009 the president created the White House Council on Women and Girls that was tasked with ensuring that women and girls are taken into consideration in policy decisions made at every level of the administration. Also in 2009 Vice President Biden appointed the first ever White House Advisor on Violence Against Women. In 2010 the administration hosted the first ever White House roundtable on sexual assault. In 2011 the Vice President and Secretary of Education Arne Duncan released new guidelines that help schools and colleges respond to sexual assault. The very first bill the president signed into law was the Lily Ledbetter Fair Pay Act. And, he has consistently supported a woman's right to make decisions for her own body. And, there is more.

One accomplishment the president mentioned in his piece in Glamour was his It's On Us initiative to stop sexual assault. The organization has a range of partners, operates on hundreds of college campuses and has run PSAs on national television bringing attention to the movement to end sexual assault. Some of us at home may be wondering what we can do to also join this movement to end sexual assault. I think it is quite easy actually: do not rape and teach your sons not to rape. Overwhelmingly men are the perpetrators of rape. In cases where a woman was raped, a man was the perpetrator 98 percent of the time. And, in cases where a man was raped a man was the perpetrator 93 percent of the time. Instead of teaching women all of the various ways that they can avoid being raped, would it not be more effective to teach men not to rape? We are clearly the problem. We should not have to live in a world where rape is expected and the best a woman can hope for is to flip like a gymnast through a gauntlet of potential rapists.

I will not suggest how you talk to your sons. I am not a parent and there are plenty of experienced parents writing about how one would teach their boys not to rape. I also will not suggest to you that consent laws are the answer. A recent study from a self-proclaimed feminist researcher at San Francisco State University's Center for Research and Education on Gender and Sexuality suggests that "yes means yes" laws do not work in practice. In a survey of college freshman at a Bay Area university the most frequent response to the question of how the students agreed to have sex was: "it just happened." The answers are not necessarily out there yet. But, it is clear to me that if men and parents took it upon themselves to stop rape, the end of sexual assault would come about a lot quicker.

Much like any social movement the effort to end rape and sexual assault needs those who benefit from the status quo to step up and embrace the movement. Men all across the world should join the movement to end rape. Again, in most cases we are the rapists. If the rapists stop raping, rape will end. And, it needs to happen at every level. Adult and teenaged men need to stop raping and parents need to teach their boys how to not become rapists. We are not entitled to anyone's body other than our own. Ending rape starts with men and the parents of boys. Let us all join the president in being feminists and dedicating ourselves to stopping this problem.