Is there a conflict between religion and science? Some say yes. Others say no. Regardless of their answer, nearly everyone thinks that the relationship between faith and science has to do with competing knowledge and truth claims, where science says one thing about the world and religion says another. But what if the main tension between science and religion is about something else entirely? 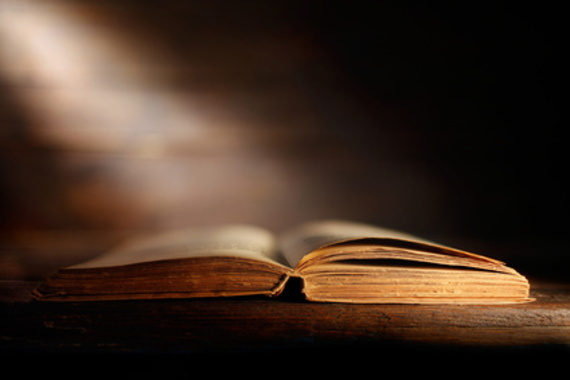 In his book The Better Angels of Our Nature, Steven Pinker argues that ours is a remarkably peaceful era. He may be right, but economist Robert Reich has warned that a "new tribalism" is undoing centuries of progress toward a more united world. Conflicts are simmering everywhere. From the reignited Sunni-Shia conflicts in the Middle East to rising right-wing nativism in the West, the powers of ethnic jingoism and irrational loyalty are making a comeback, pulling apart transnational fabrics and sending shock waves through the established order.

But what's the appeal of tribalism? Why are people choosing Balkanization over a peaceful, interconnected world? Cue the science-religion conflict. In Western societies, science is a de facto source of meaning and moral authority. Writers like Sam Harris and Michael Shermer pen bestsellers about how science is a source of moral guidance. Just thinking about science can make people behave more morally and fairly. But in its role as a moral ideology, science points almost exclusively at the future. Advocates for scientific humanism write disparagingly about the past, if they write about it at all. For them, science promises the ceaseless forward march of progress.

Yet here's the thing: homo sapiens needs more than a progressive future. Researchers have found, for instance, that even knowing the stories of family ancestors is one of the single best predictors of adolescent mental health. Psychologists such as Erik Erikson have argued that carrying on cultural traditions is a basic psychological need. But traditions, by definition, aren't oriented toward the future. They're rooted in the past.

Recently, I took a walk to the top of Fort Hill in Roxbury, Boston. In the Revolutionary War, this hill was occupied by a British fort marking the edge of the occupation of Boston. Now it's a park with spectacular views of the surrounding New England hills. Standing there, it's easy to imagine the years rolling backward, to a time when red-coated British soldiers manned the fort and woodsmoke and farms dotted the horizon.

As I imagined this, a sudden sense of meaning swept over me. The painful history of my country came alive. It became more than an abstraction. It was a living memory.

This first-person plunge into the imagined past made me feel unexpectedly rooted. Secure. I wasn't celebrating the moral wrongs of America's past - slavery, warfare - but I was, temporarily and imaginatively, inhabiting an age whose echoes had decisively shaped my own. It made me feel connected to some larger cycle. Inspired.

But along with this flush of comfort came a realization: this almost never happens to me.

In my life as a researcher, my eyes are on progress - which is science's jurisdiction. I'm thinking about the next grant, the next discovery. It's all very practical. But in the moments when I stood atop Fort Hill and looked over the forested valley, I wasn't being practical at all. I was being romantic. I was allowing myself to be swept up in a romanticized vision of a past that spoke directly to me, to who I am in the world. I was an American, and that meant something.

The world of science tends to be uncomfortable with such romanticized talk. At conference receptions, you almost never hear scientists pine wistfully for their homelands. To feel a strong sense of being rooted in America, or Ohio, or Bavaria (or wherever) means that you're identifying with one place as against others - but the world of science is a cosmopolitan one, self-consciously trying to achieve the most universal possible view on all things. It's what philosopher Thomas Nagel has called "the view from nowhere." It's not really compatible with a strongly felt cultural identity.

But the big, uncomfortable secret of the 21st century is that cultural identity is part of what humans need in order to thrive. Like it or not, we're not merely rational actors floating in a sterile worldwide marketplace. We're tribal animals with a powerful need to feel that we're passing down the things - stories, memories, songs - that we inherited. This is what differentiates us from our fellow great apes: to a far greater extent than chimpanzees, we're primed to faithfully copy cultural instruction and to pass it down.

In fact, what we call "religion" is a living record of the practices, rituals, and stories that have been transmitted through the generations of a given culture. Religion is a bigger, lifelong version of the nostalgia I felt on Fort Hill. Go to a Passover Seder, and remember the Exodus - tangibly, in the smells and tastes of the herbs and matzah. Take communion, be reminded of an ancient rite and 2,000 years of Christian history. In many of its forms, religion evokes a deep past, a continuing evocation of what's come before.

By contrast, liberal rationalism - the political ideology underpinned by the moral ideology of science - isn't terribly interested in the past. It aims at securing a progressive, advancing future. In many ways, this is is a good thing. Liberal modernity's optimistic, humanitarian, can-do spirit is inspiring, and its universalism envisions a world without tribal warfare or irrational hatred. But its big blind spot is that most humans need to be members of particular traditions, rather than universal cosmopolitans, in order to feel truly comfortable in the world. We need a poetic sense of where we've come from, not just a rational idea of where we're going.

The result? Over the past 20 years, liberal rationalism has pushed people about as far as they can go in the direction of a de-romanticized, placeless, interconnected globe. And so the liberal order is cracking apart. ISIS and other diabolical organizations, flush with the passion that imagination and religious fervor instill, are rushing into those cracks.

This is a tragedy. The liberal order is what enabled the widespread political enfranchisement of women for the first time in human history. It's what allowed us to reach the moon. Liberal rationalism - together with no-nonsense, scientific skill - is everything its advocates say it is: a noble tool for pulling humanity up from the mud, into a new form of decency and dignity, a new future. But humans need more than the future. We need the past, too - we need what Abraham Lincoln called the "mystic cords of memory." And because the liberal order has steadfastly, stubbornly refused to acknowledge this need, that order is crumbling, all over the world. This is the real wages of the ongoing battle between religion and science. And we may all become casualties.