//please note, this is embargoed until May 3rd 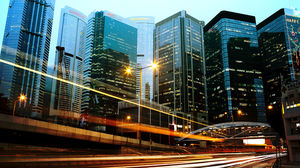 Smart cities are something I've touched on a bit recently, with an article on INSEAD the latest to highlight the benefits to citizens and institutions of having smarter urban areas.

It's a message that I think is fairly obvious, yet a recent report from the Institution of Engineering and Technology suggests that the message isn't getting through to the general public.

The report reveals a surprisingly low level of interest in the kind of technologies that we ordinarily associate with smart cities.  For instance, just 8% of respondents believed being able to order a driverless vehicle via your phone was useful.

The authors believe this is largely because those responsible for the roll-out of smart city type technologies seldom involve the public in their decision making processes.  This contributes to a distinct lack of buy-in by the public in the technology.  What's more, this is despite the early successes of platforms such as Airbnb and Uber.

Perhaps unsurprisingly, the report reveals that this scepticism is highest amongst the over 65's, with those in the 18-34 age group the most on board with the coming changes.

What is a smart city

It was also interesting to see the general ignorance over just what a smart city was, with a sizeable number believing it was related to university numbers in a city or even related to the cleanliness of a city.

When respondents were given a number of examples of what a smart city might offer them however, they were rather more positive.  For instance, there was a degree of support for things like smarter street lighting and buildings that were capable of both generating their own energy and dealing with their own waste.  Likewise, there was support for roads that were capable of supporting smoother traffic flows.

Suffice to say, the story is not completely bleak, with the report highlighting projects in Glasgow, Peterborough, Bristol that have taken a more people centered approach to matters.

"In spite of substantial investment in smart cities from the Government, local authorities and businesses, most people don't understand the concept or, more importantly, how smart city digital communications technology could improve their quality of life by enhancing infrastructure and public services, including transport and traffic management, energy, water and waste management, healthcare and other community services," the authors say.

"Promoting 'lessons learned' from pilots like those in Glasgow, Peterborough, Bristol and London will help inspire, inform and influence more local authorities and communities about how technologies can improve the quality of the daily lives of their citizens," they continue.

It's probably fair to say that the change to smarter cities is inevitable, but the report provides a timely reminder that if we are to succeed with the transition, we need to ensure that we take the general public with us.