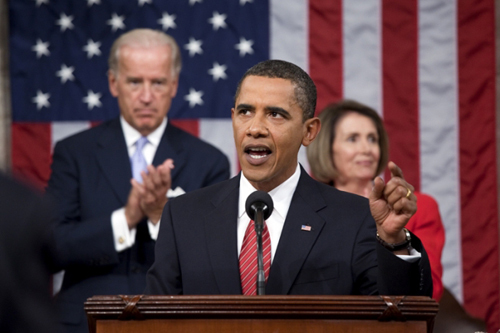 The numbers for the Affordable Care Act (ACA), despite its good intentions, do not add up. I'm talking about the number of Americans who will actually have health insurance now that the ACA, also known as Obamacare, is in effect, as compared to the number who won't be covered due to cancellations.

We were led to believe that the Affordable Care Act will take care of 47 million uninsured Americans when it comes to their healthcare. According to the 2010 projections by the Centers for Medicine and Medicaid Services (CMS), 14 million Americans will enroll in 2014 in the new Health Insurance Exchanges. That would still leave 33 million Americans uninsured by the end of this year.

Yet even that modest forecast has already been reduced by half, with the Congressional Budget Office (CBO) projecting that just 7 million Americans will enroll this year. So that will leave some 40 million Americans uninsured. These figures are well short of the goal of delivering affordable health care to all.

Compounding the problem is that millions of Americans are already receiving cancellation notices for their current policies, a number that can reach an estimated 7 to 12 million because those policies do not meet the ACA's mandated standards. That will leave the net gain of zero at best, based on the government's latest projections of 7 million enrollees or net negative of 5 million more uninsured if the cancellation hits 12 million as reported by NBC.

Do the math and you're back to about 47 million uninsured, the same number as before Obamacare became law.

The sad irony is that the reduction in coverage due to cancellations comes from the ranks of those Americans who already had health insurance before Obamacare passed. Now they are faced with buying more expensive insurance plans, or paying a penalty if they choose not to buy coverage, as the ACA requires. In the meantime, they may have no health insurance at all.

Congress might have noticed the unfortunate flaw that triggered the cancellations if more members had "read the bill." Therefore, they did not realize that by requiring more benefits under the ACA policy it will result in health insurance cancellation for millions of Americans. For example, the ACA requires maternity and prescription drug benefits as part of a basic health insurance policy. But if I am a healthy, unmarried male, I can be sure that I won't need maternity coverage, and probably won't be taking a lot of prescription drugs. So why am I forced to pay for coverage I won't need? This is a classic case of having Washington bureaucrats tell us what we need -- even when we don't.

In order to rectify this obvious oversight, Congress will continue to reform Obamacare for years to come. While millions will remain uninsured, as the numbers make clear, our representatives will undoubtedly be creating more loopholes for drug companies, hospitals and others. The many special interests in the health care industry may not own our representatives, but they can still turn them into legislative landlords, because, as one former legislator declared, his vote could not be bought, but "could be rented."

Yet, in the end the ACA does not address the real issue of what makes health care unaffordable to so many, which is the cost and the high price of health care itself, not the health insurance coverage. At the end of the day, Obamacare may turn out to be just another entitlement that is projected to cost about $1 trillion over the next 10 years while still leaving 31 million uninsured by 2023 according to the CBO's May 2013 projection.