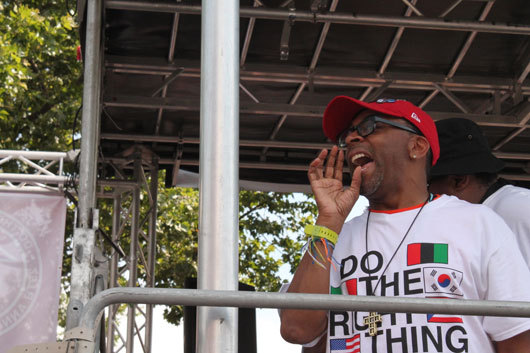 I remember being 16 years old and walking into a movie theater to see Spike Lee's Do the Right Thing and, even though I was living in Venice, California, I was transported to a single block in Bed-Stuy, Brooklyn.

Glorious red bricks. Fire hydrants. Sal's Famous. Each character and place jumped off the screen and seeped into my bloodstream. 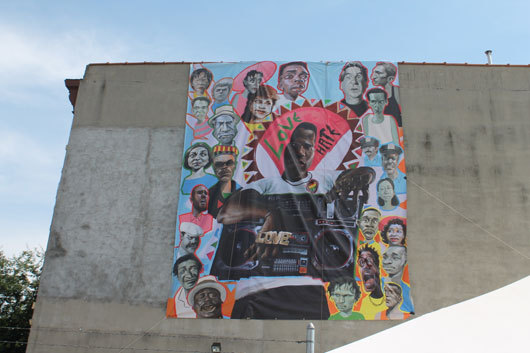 So when I heard that there was going to be a 25-year anniversary block party on the very block the movie was filmed, I had to be there.

Just like Boogie Down Production's Ghetto Music: The Blueprint of Hip Hop, Do the Right Thing became a religious text for me to follow. More than that, it became a beacon of acknowledgement for those I chose to make friends with in life.

Everyone gathered at the block party seemed to be lost in some memory they had of the film.

The landmark stoops and brownstones on Stuyvesant Avenue between Lexington and Quincy street that served as backdrops for Radio Raheem's Love Vs. Hate Speech and broadcasts from WLOVE radio, are as much United States landmarks as the Washington Monument in D.C.

Being back on the block, for real this time, allowed those memories to flood back. 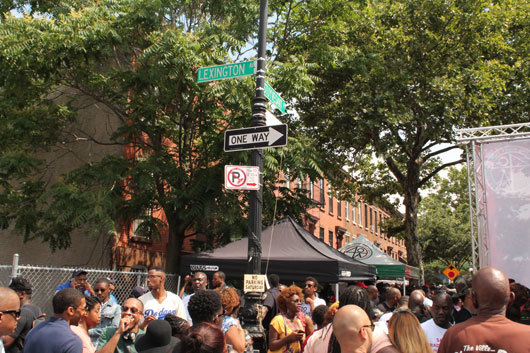 I'm not sure Spike Lee knew that he was creating a classic piece of art that has come to define a generation, but it was obvious by the love being shown on the block on this day that he had touched the hearts of millions who saw it and were still feeling its vibrations some 25 years later.

Thank you Mr. Lee for making this film and opening my mind.