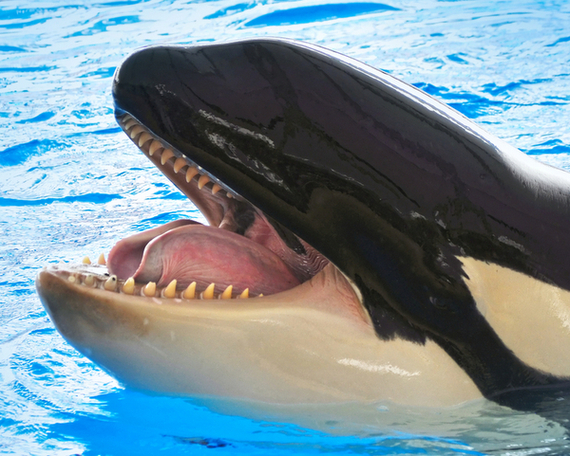 The vehicle, which he reserved for on a business trip in Atlanta, was absolutely fine. It's what happened afterwards that makes his blood boil.

Barnes picked up the vehicle at Hartsfield-Jackson Atlanta International Airport. He drove it to the Hyatt in Atlanta. The next day, he returned it to the airport without a scratch.

"Four months later I received a bill for $12,000 for an accident and damage to the car I had rented," he says.

Yep, $12k for a rental car returned undamaged. I recently wondered how careful you have to be in order to not get scammed as a consumer.

But there's another side to this issue: How careful do businesses think we are?

For the record, Barnes is no dummy. He's an academic who works for a prestigious Northeastern college, and he knew that he hadn't caused $12,000 worth of damage to his car, and he also knew he had certain rights.

You'd be surprised at how many customers just roll over when they're faced with a $12,000 bill, or more precisely, how fast their insurance companies play dead.

As I reviewed Barnes' correspondence, it seemed they just mixed up the cars and sent him the wrong bill. When I checked with the rental company, it said it no longer had the records of the incident, because the car rental company in question was under new ownership. How convenient.

How dumb do they think we are?

Underestimating your customer -- that seems to be a time-honored tradition in American business, and particularly in the travel industry.

SeaWorld is probably regretting that this week, as several A-list musicians canceled their appearances in the wake of the troubling revelations about the treatment of its whales in a documentary film called Blackfish. I guess they didn't think anyone reads Change.org.

It's hardly the only time the travel industry underestimates us. Consider this: The price of a roundtrip flight from my home airport, Orlando, to Frankfurt, Germany, is about $1,200 in economy class. If you'd rather fly in first class, it's $12,000. Now, no one likes to be stuck in the back of the plane, where there's virtually no legroom, service is practically nonexistent, and the other passengers sometimes behave like Barbarians.

Similarly, loyalty programs often cater to the intellectually-challenged. Sure, it's nice to be treated like the average economy class passenger in 1977, with ample legroom and reasonably good service -- but in exchange for what? Pledging our undying fealty to a too-big-to-fail airline? Playing their little frequent flier game with points that consistently lose value and don't even belong to you?

Do they think we won't notice what's happening here?

I'm heartened when travelers outsmart the companies who underestimated them. When I see folks gaining the upper hand by using unsanctioned strategies, it can be gratifying. Not always, but sometimes. Even though we all know that loyalty programs are harmful to the travel industry -- particularly to the average air traveler -- we can get some small satisfaction when a clever blogger figures out a way to game the system so that passengers, and not the company, come out on top.

Barnes' story has a happy ending. He phoned his car rental company and asked the company if someone else had rented the car after he'd returned it. Yes, a representative said.

"How many miles are now on the odometer?" he inquired.

When Barnes returned it, he noted 4,000 miles on the car.

"Has the car been in an accident?" he asked innocently.

"It turns out that a subsequent driver crashed the car long after I'd rented it," he says. "But I was being charged for the repairs."

He says he asked the car rental company to drop the claim, and it did.

After you've left a comment here, let's continue the discussion on my consumer advocacy site or on Twitter, Facebook and Google. I also have a free newsletter and you'll definitely want to pre-order my new, amazingly helpful and subversive book called How to Be the World's Smartest Traveler (and Save Time, Money, and Hassle). Photo: Fineshine/Shutterstock

More:
travelpollAirlinesairline-ticket-prices
Newsletter Sign Up
An essential daily guide to achieving the good life
Subscribe to our lifestyle email.
Successfully Subscribed!
Realness delivered to your inbox