For two days on Hawaii's Big Island, Venture Capitalist David Hornik of August Capital invited a small group of friends and colleagues to what is best described as a "Un-conference."

The gathering, known as The Lobby, is an off-the-record event. A total of 200 in attendance explored and debated the future of technology. Conversations ranged from exploring non-obvious innovation like reducing the need for sleep, to what human existence would be like if we lived totally inside a virtual world, to the fate of Yahoo and the challenge that Google TV could bring to existing cable TV offering.

Just days before the gathering, The New York Times broke a story about Google engineers who had built and were testing a computer driven car. In conversation after conversation, it was one of the things that CEO's, engineers, and venture capitalists wanted to talk about.

The first thing I learned was that the engineer at Google who was leading this effort had suffered a personal loss -- someone close to him had died in a car accident. It left him wondering why technology couldn't solve this hazard. The second thing is that Google is hungry to expand its influence to objects, places, and people -- not just the computer screen.

At first, my somewhat cynical reaction was that there is no way people will ever let a computer drive. But one programmer I talked to pointed out that cars on a highway are really just the equivalent of data packets and ideally suited to automation. And, of course, folks texting while driving is rapidly becoming a massive highway safety problem.

Can we really force people not to text, or are we more likely to give people automated driving tools so that they can do other things rather than point a car in a straight line. It used to be that driving was something that Americans loved. It represented freedom, travel, and independence. But the truth is - looked at from a programmers perspective - it's wasteful to have each driver having to watch the road, watch each other, and navigate when the basic effort of keeping cars at a reasonable distance, and slowing, turning, and breaking as required could well be provided and even improved by technology.

I went to The Lobby to hang out with friends, and think about the future. And a came away thinking about how technology and software can change our physical world as well as the emerging social and virtual world. Is Google going to be in the automotive business? Seems far fetched. But the future, as we're learning every day - gets closer and closer. And thinking about it, a G-Car doesn't seem that hard to imagine. 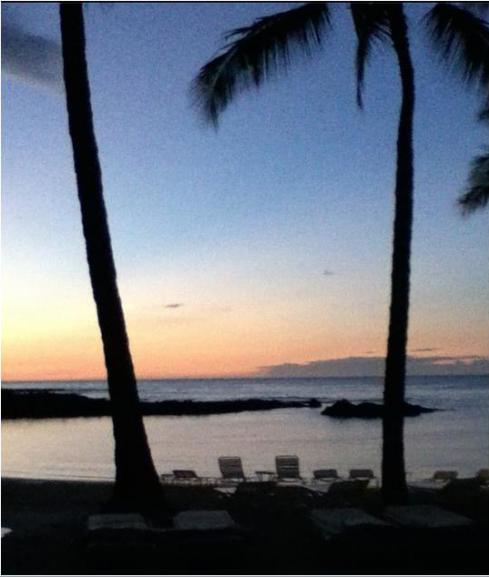 Steven Rosenbaum is a Curator, Author, Filmmaker and Entrepreneur. He is the CEO of Magnify.net, a Realtime Video Curation engine for publishers, brands, and websites. His book "Curation Nation" will be published this spring by McGrawHill Business.