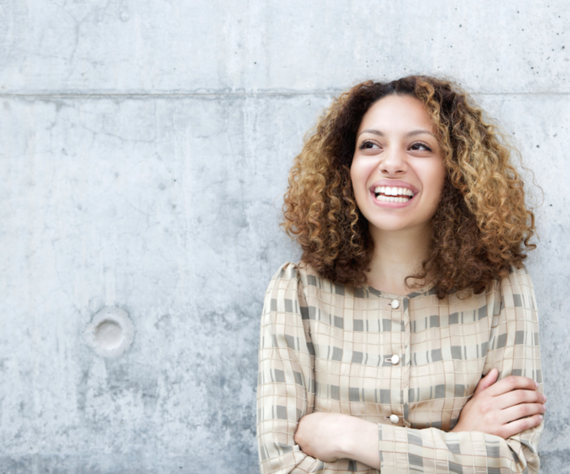 Actor Jennifer Lawrence made headlines this week for her reaction to the gender pay gap in Hollywood (publicized via the Sony hack). I give her credit for a few things, namely her self-awareness. It is a problem of a different financial scale. (This year she's made $52 million)

She is partly responsible for not having negotiated for more money. It is easy to blame the system. It is often far more difficult when we examine how our own actions might contribute to a problem.

Yet, when Ms. Lawrence says that she is no longer worried about being perceived as likable when stating her opinion or negotiating, it struck me as a bit naive. In her case, one might argue that an actor's personality is a significant part of their box office bankability. For the rest of us corporate mortals, studies from Stanford and others confirm what many women experience firsthand: we must be be likable in order to move ahead.

Are we more productive at work when everyone is likable? Absolutely. Studies of the brain reveal that when we feel attacked, we can't process new information efficiently. The odd part is that we don't apply the same standard to men. In fact, we go to the other extreme when men aren't behaving in a likable manner. Women are told to be less sensitive to an acerbic comment, pervasive interruptions or even yelling when it comes from Bob. If Bob doesn't like the way Jane phrased her question at the last executive committee meeting, she's taken to task in her review.

The next step for Jane is often seeking help from an executive coach or a communications coach (like me). My client base is split along gender lines. It turns out men and women are equally vexed with the process of developing presentations.

When it comes to the delivering them, this is where the sexes diverge. What is Jane concerned about? "Please don't tell me to smile more," or "I can't help it. I have RBF: Resting B**** Face." This is almost funny, because not one man has told me that he's concerned about the degree to which he's smiling during a presentation. Bob also wants to make a connection, but he's going into his presentation with the assumption that the audience already likes him. He wants to work on managing Q&A sessions with greater ease.

Why does this happen?

The short answer is that we're wired to look for heuristic cues - a fancier term for soft skill traits - to decide whether or not we should trust someone. This is how we've evolved to manage the influx of information and stimuli and stay away from danger. Over time -- as in hundreds of years -- we've ascribed certain leadership traits to men that don't apply to women. It will take some time to shift these perceptions.

Women can do their part. I'm not suggesting that women "smile more." However, we bear responsibility when we fail to realize the effect of up talking (ending each sentence as if it were a question?) or putting oneself down before asking a question. In doing so, we're projecting our own insecurities onto others and we're asking them to provide validation instead of giving thoughtful feedback. Women should speak with greater certainty simply because it allows our colleagues to focus on the substance of what we're saying rather than the emotions we're projecting.

Figure out what's really going on in your meetings. Is it ok for either sex to eye-roll, shout or repeatedly interrupt? Too often the rationale for bad behavior from men often goes along the lines of, "Steve Jobs wasn't likable. It was part of his genius." Perhaps it was; I'm curious to see how Hollywood portrays him. Chances are that we're not hamstringing a nation of would-be Steve Jobs if we ask both men and women to think about applying the same likability criteria to one another.

Come to an agreement on acceptable behavior. Ask Jane and Bob to decide on an appropriate protocol for meetings. If Jane were to spend less time trying to be less sensitive and more likable, imagine the actual work product everyone might unleash.

--
Meghan Dotter, aka "the engineer whisperer" is principal of Portico PR, which provides presentation training, consulting and coaching. This post originally appeared on LinkedIn.