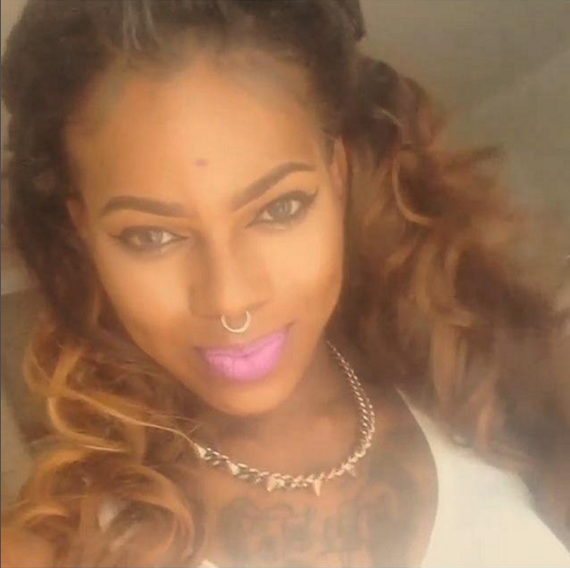 Sitting down in a room of strangers brought together for the very first time to discuss emerging topics such as sexuality and inclusion - I made the mistake of making too fast an assumption, committing an 'oops' before walking all the way through the door.

We began our meeting with introductions: 'name, organization representing, pronouns, and something unique about yourself,' said the moderator, a very popular trans womyn of color in the activist community. Each person present went down the list of items, but I noticed the careful attention some took to deliberately articulate their pronouns (he/him/his, they/them/their, she/her/hers, etc).

In that moment, I was affixed with being proven wrong. Obsessed with the way in which everyone's gender would be exposed to me. It was the first time I had come across a space where my gender was hyper visible, not only to those around me, but to myself.

When it came to be my turn, I blurted out my name, my human rights organizer status, and how I run my business ROYCE as a special talent. Immediately I turned to look over to the next person to signal I had finished. Staring at them staring at me, I realized my introduction was incomplete. Upon making this realization, I blurted out, 'he/him?' and looked again to my neighbor to distract from the hyperfocus on my body.

If there was one takeaway I learned from my introduction to gender, privilege means not having to think about it. I am rarely challenged to wear my gender, although I perform it in every situation whether sitting amongst friends or those I have never met.

It's easy to do so; to navigate a geopolitical, geo-social world with an easily understood, tidily managed gender. Even those who identify as trans, such as celebrities Caitlyn Jenner and Laverne Cox, who both use she/her/hers pronouns, fit into categorizations of gender and transnormative roles.

However, many who identify as trans do not choose to transition from one end of the gender spectrum to the other; nor choose to dress themselves nor choose their romantic partner(s) based on aggressive gender norms.

While contemporary politics have budged over the last decade in bringing to light the marginalization, existence and death of those who identify differently from the gender assigned at birth, transgendered or genderqueer people encounter spaces with certain hesitancy often times having to negotiate their personhood with those present.

Against the backdrop of the so-called neoliberal university in the American South, the campaign for gender inclusivity in more spaces such as restrooms and class instruction has been stringently denied despite campus activism reaching a critical mass. In North Carolina, a socially conservative majority in the General Assembly has a top-down effect upon the university landscape, barring gender inclusive spaces and language from much needed and highly accessible places.

Knowing this and learning of the hard work put forth by trans and genderqueer activism, I no longer think of pronouns as preferred or requests. It is time to respect and acknowledge the gender spectrum is queer and fluid.

Do not assume a stranger is a Mr. or a Ms./Mrs. Use neutral greetings instead.

According to the 2011 National Transgender Discrimination Survey (NTDS), transgender and gender nonconforming people have attempted suicide at a rate of 41%, almost nine times greater than the national average.

If we can take the time to recognize and include trans people as loved ones, friends and family, perhaps this act of not-so-radical love can improve the life span and trajectory for trans and queer people - especially Black and non-Black transwomyn of color.

Learning to share our language with other human beings is a positive step towards proving all lives really do matter--even if people, like myself, have honestly made some mistakes along the way.

Journalist Ishmael Bishop significantly contributed to the research, writing and editing of this work.

Your thoughts and opinions are very important. Please contact the author below.

Views of Andrew Royce Bauer are personal and do not necessarily reflect the positions of his company ROYCE at http://www.royceleathergifts.com/