Some Pharisees who were with him heard him say this and asked, "What? Are we blind too?" John 9:40

Jesus once asked his disciples: "Do you have eyes, but fail to see?" They didn't know how to respond. I don't blame them, it's a hard question to answer. He also talked a lot about the religious leaders in society being blind. This is also interesting because the Pharisees, being the most outspoken in the religious community, surely thought they had better spiritual eyesight than anyone; so good they could see every sin in the world. They were experts in seeing the sinner in the crowd. Perhaps that was the very thing that caused them to be blind?

When Jesus interacted the people of his day, he didn't see 'sinners.' Rather, he saw individuals, real-life and valuable individuals. He saw the person. He identified with people, enjoyed their company, ate and drank with them. They were not thought of as sinners. They were considered his friends. That's a big difference. 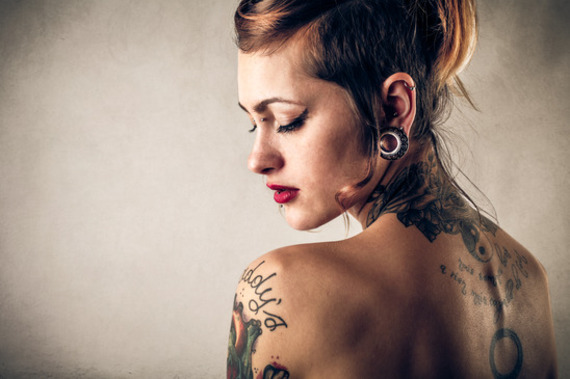 "The Son of Man came eating and drinking, and they say, 'Here is a glutton and a drunkard, a friend of tax collectors and sinners.' But wisdom is proved right by her deeds." Matthew 11:19

When Jesus was invited to dinner in the house of a prominent Pharisee named Simon, their dinner was interrupted by a woman, so touched by her interactions with Jesus that she fell to his feet and covered them with tears, and wiped them with her hair. What did Simon see? He didn't see what God wanted him to see. He was blind to the very work of God. Simon's perspective was this:

When the Pharisee who had invited him saw this, he said to himself, "If this man were a prophet, he would know who is touching him and what kind of woman she is -- that she is a sinner." Luke 7:39

Simon didn't see the woman. Rather, he put her in a predefined category in his mind labeled: 'sinner'. That label allowed him to cast his judgement upon her without consulting his heart, or the heart of God.

But Jesus was different. He didn't see the religiously unacceptable lifestyle, he saw the woman. He saw the true person, not the pain and corruption that life had pulled her into. He saw the child. He saw the one he came to rescue. The woman, now set free, was overflowing with thankfulness. Heaven was erupting with joy and dancing. God was rejoicing -- but Simon missed the whole thing. Jesus asked him: "Do you see this woman?"

It's easy to see the sinner, because that requires no heart interaction, but do you see the person? Do you see the value of every individual, like Jesus did?

The crowds were amazed at how Jesus multiplied a few loaves of bread into a feast for 5,000 people by the miracle hand of God, but the woman who cried at the feet of Jesus, washing his feet with tears of joy, was far more amazed at how Jesus transformed her heart through an authentic interaction with his love and grace.

When we see people the way Jesus sees them, then we truly do see. Love is the eyesight of God. Love is his way. Rescue, salvation, reconciliation and new life is God's agenda. For Jesus came not to condemn the world, but to save the world through himself.

The gospel is called good news. What's so good about it? It's good news because Jesus saves, he loves, and, thankfully, he sees us all.