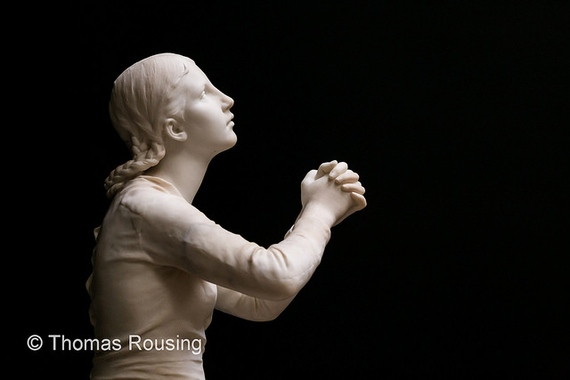 I can't begin to count how many messages and emails I've received from people telling me the reason I'm gay is because I didn't do God the right way. "You had religion, but not a relationship," some tell me, or "You were never really a Christian in the first place." They spout religious rhetoric and quote Bible verses as though I've never heard them before. Some people use the Bible like a magic potion, believing that if I just read the verses they post aloud, the Holy Spirit will miraculously open my eyes and I will suddenly be "set free."

Are some of these people crazy? Possibly. As I've written before, there is a fine line, and a few criterions, between what we call faith and insanity. But there is an easier explanation. It's simply called belief.

Growing up in the Pentecostal faith, the phrase "God is a relationship, not a religion," was common. We had a relationship with God, while the Catholics, the Baptists, the Methodists, the Episcopalians, etc. only had religion. A relationship is something people feel and is interactive. We talked to God and God talked to us. We couldn't explain it, but we felt it deep in our souls.

But does feeling a relationship with God make it true?
I recently wrote about how several GOP candidates felt God told them to run for president. Alas, all of them were humiliated when Donald Trump came out of nowhere and stole the nomination. There are well known preachers who felt God wanted them to have private jets. George Bush felt God told him to go to war. Of course there are the more banal feelings of faith. Some people claim God tells them what to wear, eat, and where to go.

One of the questions I asked several people I interviewed for the upcoming documentary, Project Change, was what they believed about homosexuality and how they came to their conclusions. Invariably, I heard the same statements from people with opposite points of view: "I prayed about it and this is what God said to me."

Naturally, those of us who grew up in the faith know the final authority on such matters is the Bible. But, as I've written, the Bible isn't quite as cut and dry as we would like to believe. People cannot - no matter how spiritual they think they are - read the Bible without adding a cultural overlay to it. Our brains automatically interpret everything we see, read and experience based on what we already believe about a subject. Therefore, we don't read the Bible for guidance, but for confirmation.

As an example of that, my detractors constantly tell me that I just don't have a "personal relationship with Jesus Christ" and if I would just "invite him into my heart," God would forgive me and "heal me." Those concepts are not in the Bible. In fact, we didn't start to hear language about personal relationships and inviting Jesus into our hearts until around the 1950s, mostly made famous by Billy Graham.

Religion Historian Reza Aslan points out, "People don't derive their values from their religion -- they bring their values to their religion. Which is why religions like Judaism, Hinduism, Christianity, [and] Islam, are experienced in such profound, wide diversity..." It's also why there are so many versions of those religions. Ther are over 41,000 Christian denominations alone. 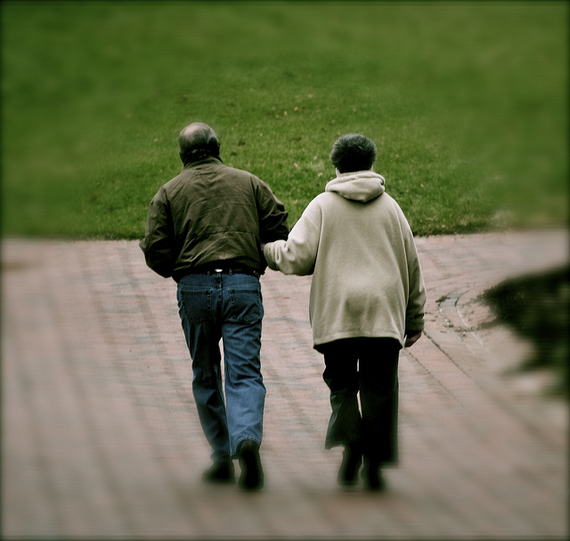 Why do we feel we're so connected to God when we pray?
Interestingly enough, research shows that no matter who we pray to, whether it's Mother Mary, Allah, Jesus Christ, or just meditation, we can put ourselves in a trance-like state, and our brains all react the same way. Scientists, who study the brains of believers, see a disassociation from surrounding reality. Basically, the neurons in our brains go to sleep.

An experiential "relationship" was a huge part of my 25 years of ministry in the church. Not only did I grow up Pentecostal, I went on to play for black choirs and lead worship. To this day, when I go to the gym, you'll find me tuned into the Mississippi Mass Choir channel on Pandora. The music is in my soul.

Feelings come from deeply held beliefs. A common phrase growing up in my hillbilly faith was, "If that don't stir your soul, your spoon's fell out of your bowl." In other words, if you don't feel something when the Spirit of God is moving in the church, then there is something wrong with you.

My daughter is convinced there were ghosts in her mother's former house. She is not open to talking about logical explanations for the noises she heard. As far as she is concerned, no matter what anyone says, there were ghosts and ghosts are real. That's called patternicity. We look for patterns to confirm our beliefs and when we think we see them, our brains put together explanations for those patterns to confirm our stories. Then our brains reward us with the feel-good chemical, dopamine. Our bodies have now connected thoughts, feelings and beliefs into an experiential reality, even we cannot deny.

It is easier for people to dismiss my experiences entirely with a few condemning Scriptures, than to question their own faith. Cognitive dissonance, two opposing thoughts, such as gay and Christian, is uncomfortable. If our brains didn't mitigate the discomfort, we would go crazy. The truth is that we all have cognitive dissonance on some level. Think, "I know stealing is wrong, but I can justify taking Post-its® from the office because who would miss them?"

Our relationship to God, as it is to the rest of the world, is subjective and unique. No two of us are exactly the same and our experiences are all different. I've come to believe that a relationship with God is reflective of the relationships we have with others. Anyone who condemns, throws stones and dehumanizes another individual is a person who embodies the cold-hearted dogma of religion. On the other hand, those who practice compassion, acceptance and unconditional love, reflect the heart of someone who understands and transcends the human condition.