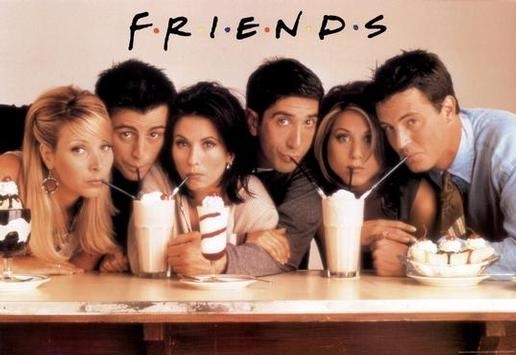 Sometimes you have to find out who your real friends are the hard way. It's an unpleasant experience to go through; it's a hurtful experience, but an experience you'll be glad you had in the long run. Even if it saddens you at first to find out that someone you cared about, and who you thought cared about you... doesn't, it's important to understand that knowing for certain who your true friends are is an essential ingredient to your happiness now and in the future.

Are you wondering if someone you know may be a "false friend"? If so, ask yourself these three questions:

1. What is the basis of our relationship?

For a moment, step back and be an observer. Is your friendship with this person based on something rather shallow and ego-driven, like acquiring money or status, doing favors, or making connections? Is the relationship primarily based on external benefits and physical gains or on internal and emotional fulfillment? Does it have a purpose in the material world or in the spiritual world? Is it a professional acquaintance or a personal attachment?

In theory, it's great to be able to offer opportunities to others to "get ahead," but then the question becomes, "Could the friendship survive if the money, favors, and other perks of advancement were to go away?" The answer may be, "No."

If the relationship is actually a heartfelt, meaningful one, based on a solid foundation, then the fleeting, superficial stuff shouldn't matter. A true friendship is based on love, respect, and appreciation for one another, which can never be bought or negotiated.

2. Is there an even exchange of energy between us?

A friendship should be a 50/50 give and take. If you feel like you're giving a lot more than the other person, be it emotional, financial, or in any other form, the relationship will not last. You may innocently be coming from a place of love and harmony, not realizing that the other person only knows how to experience fear and separation. In fact, it's very possible that you've befriended a narcissist - an individual who is overly self-involved, addicted to their own wants, needs, and sense of importance, which they have to satisfy through the attention and admiration of others. The minute you stop trying to satisfy them, they cut ties with you, which ironically, happens to be the greatest gift they could give you. Unfortunately, they end up losing anyone who's ever been a part of their lives due to their alienating behaviors. In essence, a person of this nature holds the perception that they are right and everyone else is wrong, because they aren't able to see themselves as the common denominator... They blame other people and circumstances for their lot in life and believe the world is happening to them.

Becoming friends with someone with the intention of giving to them without receiving, or receiving from them without giving, creates an uneven dynamic from the get-go. All one-sided relationships are doomed to fail because the energy has to balance itself out one way or another. One person cannot be the taker and "energy drainer" while the other is the giver and "energy drainee." True friends do for each other. True friends are equals... One doesn't drain the other for all they're worth.

When dependency of one person upon another develops, that is an unhealthy situation. A person can't be needy while simultaneously oblivious to the needs of others... It just doesn't work that way; the Universe won't support it. Have you long sacrificed your own needs for a "friend's," but they expect you to keep right on making sacrifices for them no matter what? It's a conditional type of arrangement. The reality is that theirs isn't a load you should have to carry, and they should have the common sense and decency to know that. In a true friendship, the individual who's been doing less than their fair share must eventually show that they care enough about you to take care of their own needs, let alone give back a little. Balance has to occur between two people or the relationship will implode.

3. Does it feel dishonest or obligatory?

Your intuition is your greatest tool of knowing. Do you have a "friend" who is nice to you, but you kind of get the feeling that they only are because they think they have to be? Is it a friendship in truth or is it a matter of them doing what they feel they have to in order to get what they want? Maybe they're nice just because they don't believe they have a choice. Maybe they feel obligated to be nice to you because you're their boss? Or perhaps you simply have something they want, and they don't have enough confidence in themselves and their abilities to obtain it on their own? Be discerning. Appearances can be deceiving. Insincere people can be charming and seemingly genuine, but when you no longer have what they want, they don't need to be nice to you anymore, and you find out pretty quickly who they are and how they really feel about you.

Don't feel bad if you've experienced one of these scenarios, or maybe you're still experiencing it... You're not alone. Acquaintances come and go, but true friends are for life. There is no time or space, so you can always start over and move on... Lesson learned. When all is said and done, the best friend you'll ever have should be you. Love yourself, and you'll naturally attract the right people into your life who will love you, too.