I have always been interested in how the brain works, not just in adults but in kids too. So some years back when a national magazine asked me to write a piece on the best ways for children to learn, I couldn't wait to dig in and interview the experts. 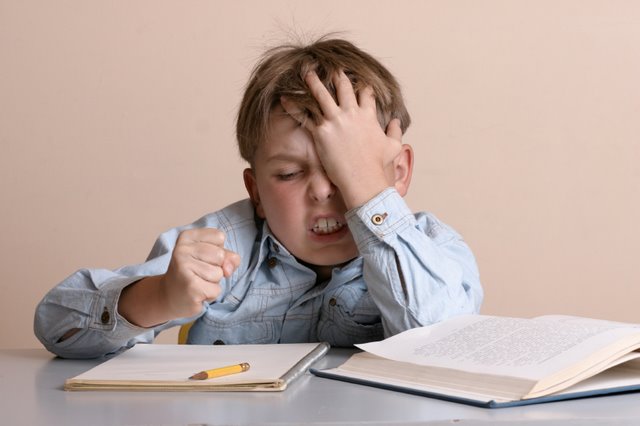 And this is what they told me: The key to a child's success in school is his or her learning style. First you identify it. Then you teach to that strength.

It all made perfect sense to me. After all, one of my sons memorized his times tables by singing them to me. Ah ha, I said, he's definitely an auditory learner! My other son built the most beautiful structures out of tree branches and found objects. Later, he took classes in architecture. Again, I was sure of his learning style: a tactual-kinesthetic learner, I proclaimed. As for me, I had to be a mixture of visual and tactual-kinesthetic styles. Didn't I always need to highlight key points in my textbooks PLUS write a summary of what I just highlighted in the margins PLUS take notes on my notes?

Well, it turns out that the whole learning style idea may be right up there with the theory that the earth is flat. In an article out last week in The New York Times, "Forget What You Know About Good Study Habits", writer Benedict Carey takes us through some classic studies and interviews experts in cognitive psychology. And we are told there is no substantiation -- zero -- for this concept of successful learning styles. Furthermore, remember that advice your mother gave you to study in a nice quiet room without distractions? You can throw that out with your Betamax videocassette player.

The brain works better when you buckle down in the presence of background sensations, these experts say. One example is studying the points of the Marshall Plan with the "jade-curtain shade of the willow tree in the backyard," says Carey. As he explained, "Forcing the brain to make multiple associations with the same material may, in effect, give that information more neural scaffolding." In other words, partnering one cognitive impression with another may help you retain what you learn.

The writer reports on other studies as well, including one showing that participants were better able to identify painting styles after viewing each artist's work in a collection among other artists, rather than studying one artist's work in isolation. So this would refute the belief that immersing yourself in a subject is the best way to learn. Instead, back to that "scaffolding," the brain seems to attach deeper meaning by comparing and contrasting patterns.

This might be good information for those of us who want to learn more efficiently. Then again, who knows if these studies will prove obsolete in 30 years. Remember the Woody Allen movie, "Sleeper?" As Allen's character wakes up two centuries from now, he finds that his diet of wheat germ and organic honey isn't nutritious at all. Instead, the new health foods are steak, hot fudge, cream pies and deep fat.

As for me, I like the idea of learning by "scaffolding," but I'm not sure I'm ready to trash the concept of learning styles. And although I won't be eating steak, cream pies or deep fat any time soon, I'm more than willing to take on hot fudge as a health food. See how open-minded I am?

Idelle Davidson is the co-author of "Your Brain After Chemo: A Practical Guide to Lifting the Fog and Getting Back Your Focus." Visit her book site at http://YourBrainAfterChemo.com.