If you are not sure where you stand on the Iran deal, I made a handy flowchart to help you figure it out. 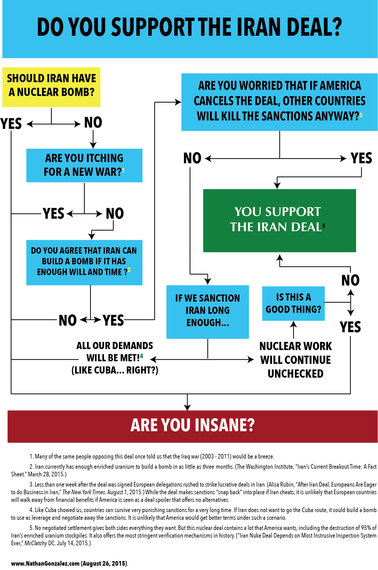 Nathan Gonzalez, Ph.D., is a fellow with the Truman National Security Project and founding editor of Nortia Press. His research focuses on Iran and sectarian conflict in the Middle East. Online: www.NathanGonzalez.com.