You’ll read a lot of articles that tell you to “just do it,” ―  don’t worry what others will think, keep going, keep persevering, don’t give up!

But if you don’t take yourself seriously you’ll never be able to take any of that advice. Because you’ll always be able to convince yourself that what you’re doing isn’t important enough.

I didn’t take myself seriously for a long time. I still struggle with taking myself seriously. I couldn’t even put a finger on what it was I was doing to myself until about a year ago. But finally I realized there’s this thing some people have ― this ability to get excited about something they’re doing and go for it with some sort of crazy abandon. This ability to remain focused and stand firm and get on top of a mountain and shout out what they want for all to hear (so to speak).

And I knew I had the ability to climb up a mountain and do the same thing, but I would always talk myself out of it. And I finally realized it was because I just didn’t take myself seriously.

I even struggled writing this article...

Why am I writing this? This is stupid. This is repetitive. Hasn’t someone else said this before but better? Do I even know what I’m trying to say? No one is going to read this. I should go work on something else. This is a waste of time.

Those were my thoughts almost every time I tried to create something new. I didn’t take my own opinions, my ideas or even what I wanted for my life seriously.

So what happens when you don’t take yourself seriously?

You spend a lot of time dreaming but not actually doing. You come up with ideas but you stop yourself before you even try.

Or you do try something but you give up quickly because you decide it’s not good enough, no one will like it, and it was a stupid idea anyway.

But the worst part happens ten years later when you look back on that thing you almost started and you realize there was something there. It wasn’t half as bad as what you thought at the time and you might have really accomplished something if you’d only stuck with it.

You end up living a life you aren’t all that proud of. You keep waiting to do that thing that you’re passionate about, you keep waiting to do that thing that’s going to make you feel successful. You fill up your time with a bunch of things you think you have to do, but nothing you really want to do. You work hard and you do a good job but you also feel trapped inside yourself, putting on a show that someone else is directing.

And the worst part happens ten years later when you’ve lost touch with who you really are, and you can no longer tell the difference between what you want and what other people want from you.

You’ll eventually see someone else who had the same idea you had, but she shared it with the world, she did something with it.

“But it was the exact same idea!” you say. Yes, it was ― but that person took it seriously. That person said, “this is interesting to me, so it could be interesting to someone else,” and they did something with it.

You sabotage yourself. You rush through a half-hearted execution and don’t give yourself the time you need to learn something new, or do it the right way. And when it doesn’t turn out the way you wanted you decide it was a total waste of time. But you might have had a totally different outcome if you’d first accepted the fact that it might take time but that the time would be worth it because you believed in it.

Every piece of every tiny little thing you’ve ever thought is filled with possibilities. You don’t know what. And that’s scary. You might not yet know how. And that’s hard. But when you take yourself seriously, you give yourself enough credit to know that you can figure it out. When you know in your heart that you and your ideas are important, you will give every idea you have a fighting chance.

Don’t treat your ideas like they’re nothing, don’t treat <em>yourself</em> like you’re nothing, because you and your ideas are important and meaningful and have the potential to become so much more than you realize.

Sarah Cooper is a writer, comedian and creator of TheCooperReview.com. Her first book, 100 Tricks to Appear Smart in Meetings, comes out October 4th. Sign up for her free newsletter to get updates.

Do You Take Yourself Seriously?
Affirmations For Inner Confidence 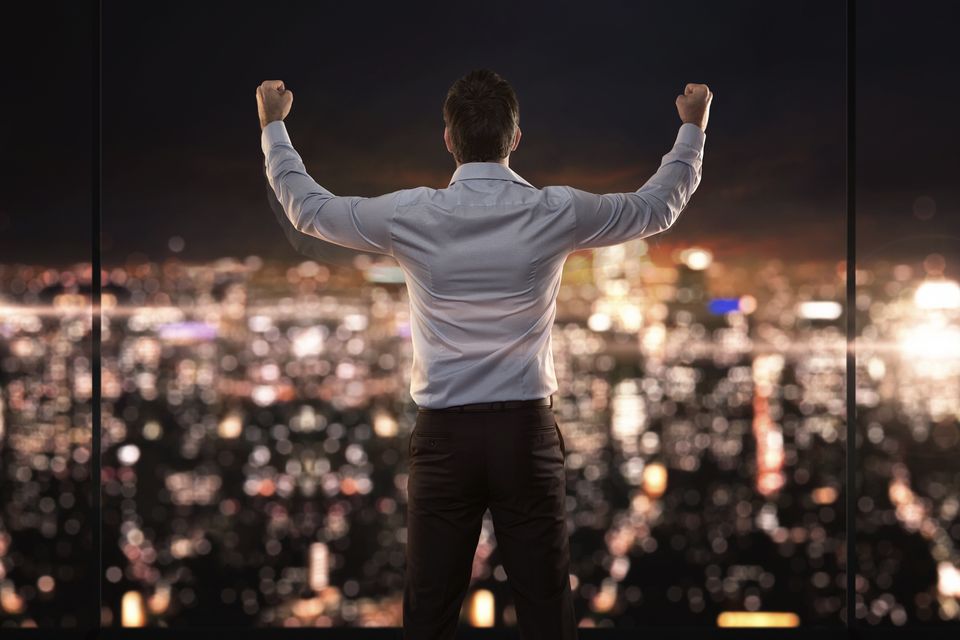