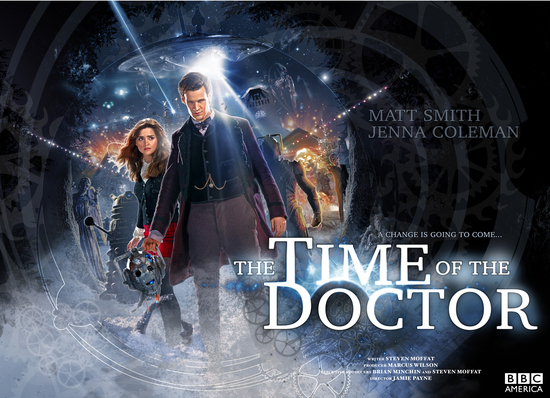 The 11th Doctor is out, but the ratings are in. Though the Christmas Day special Doctor Who: The Time of the Doctor marked the departure of the 11th Doctor, played by Matt Smith -- as well as the entrance of the 12th Doctor, Peter Capaldi -- the episode delivered record ratings for BBC America.

The network announced the special was its "best ever" telecast, delivering 2.472 million total viewers. The special actually totaled 3.02 million viewers when the 9 p.m. premiere numbers are combined with the 12:05 a.m. and 3:00 a.m. replays. That's up 72 percent from 2012's Christmas Special.

The special closed out a year of 50th Anniversary celebrations for the long-running British sci-fi series, and follows the 2.4 million viewers BBC America drew during the first telecast of the November 23 anniversary special, Day of the Doctor.

In a press release announcing the ratings, BBC America's SVP of programming, Richard De Croce, said, "Steven Moffat's first season as showrunner with Matt Smith as the Eleventh Doctor was the first new Doctor Who season to premiere in the U.S. on BBC America... Almost four years on, thanks to the incredible stories, performances and the most passionate fans in the world, both Doctor Who and BBC America have never been bigger."

He added a complimentary word about Smith, saying, "Matt will forever be a part of the BBC America family and we look forward to teaming up with him again."