Bet the baby wishes they had swallowed a krabby patty.

A doctor in Saudi Arabia was stunned to discover a SpongeBob pendent lodged inside a toddler's trachea.

Dr. Ghofran Ageely, a radiology resident at King Abdulaziz University Hospital, in Jeddah shared these photos of x-rays that revealed the Nickelodeon star smiling, with his tongue sticking out. 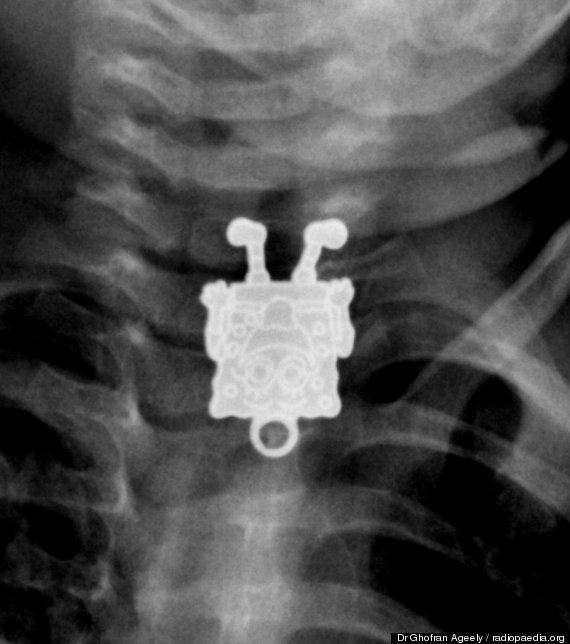 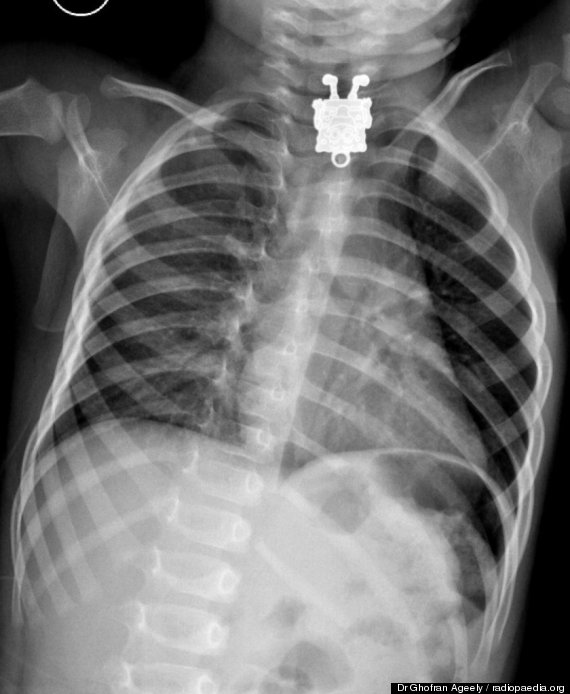 "I opened the frontal view and was shocked. 'SpongeBob,' I screamed!!!" Ageely wrote in an email to LiveScience. I was amazed by the visible details. You can see his freckles, shoes and fingers…AMAZING."

The Spongebob pendent, which belonged to the 16-month-old's sister, was successfully removed and the boy was sent home.

Though SpongeBob was the culprit this time, the most common cause of babies choking is actually food, according to the Mayo Clinic.