President Donald Trump and other U.S. officials said the chemical spray was required to keep hundreds of asylum seekers from forcefully crossing the border from Tijuana. Trump denied that tear gas was used on the children, despite photographs and videos that show it was.

Doctors told HuffPost that the border agents unnecessarily subjected children to a chemical agent that can have serious physical and psychological health effects.

Alan Shapiro, chief medical director at Terra Firma, a program that treats immigrant children, said the migrants in the caravan should be able to enter the U.S. without being subjected to physical or emotional trauma by the federal government. “Throwing tear gas at children is not immigration policy. Separating children from their parents is not immigration policy,” Shapiro said. “It’s torture.”

Tear gas, a chemical weapon that is banned on battlefields in almost every country, has a particularly harsh effect on children because of their weaker respiratory systems, according to doctors. Julie Linton, a spokeswoman for the American Academy of Pediatrics and a pediatrician, said that in addition to watering eyes and a burning sensation in their throats and noses, children can have trouble breathing because of their smaller airways.

Rohini Haar, a doctor and medical expert for Physicians for Human Rights, added that children also don’t know to close their eyes and mouths when tear gas is fired, which exposes them to more chemicals.

“Most kids scream for their parents when they are in danger,” Haar said. “That natural, reasonable reaction to pain is detrimental in this case.”

Alex Mensing, a member of Pueblo Sin Fronteras, the immigration rights group that organized the caravan, currently made up of more than 7,000 people that have been traveling toward the U.S. for more than a month, was part of the group of tear-gassed migrants. He said children were “wailing at the top of their lungs” and coughing, their eyes red and teary.

In a Reuters video, a migrant woman whose daughter was tear-gassed said she saw children faint and struggle to breathe.

“We’re used to tear gas getting used against a mob or something that actually presents some sort of risk,” said Mensing, adding that there weren’t enough medical resources to immediately provide kids with water to rinse out their eyes. “But for women ... who are just trying to find somewhere safe to take their kids, to get tear-gassed is unjust and infuriating.”

Doctors say that the effects of tear gas can be more lasting than burning eyes and a temporary shortness of breath. Haar said the chemical spray can cause permanent damage in some people, such as blindness, burned skin and respiratory problems. She said that if children inhale too much tear gas, it can damage the lining of their respiratory tracts, making them unable to take deep breaths.

Shapiro said that, in the most extreme situations, the chemical could kill a child by causing the lungs to become so inflamed that the child can no longer breathe.

“Throwing tear gas at children is a form of child endangerment that can lead to serious medical effects and death,” Shapiro said. “We can’t have a government that is endangering children as a form of immigration policy.”

But medical experts told HuffPost that the most common long-term effects of tear gas are psychological. Linton explained that children exposed to the chemical spray in Tijuana experienced “toxic stress” ― an acute form of stress that happens when parents cannot protect their kids during a traumatic event. “The parent was also being exposed to the chemical weapon,” she explained, “which takes away any buffer they can offer to a child.”

Linton says kids who experience this type of stress are at a greater risk of developing heart disease, high blood pressure, depression and post-traumatic stress disorder as they grow up. “[Tear gas] is horrifying in terms of the short- and long-term psychological effects, as well as the threat to physical health,” Linton said. The U.S. government is adding yet another layer of pain to a group of children that have already experienced trauma in their home country and throughout their journey to the U.S., she said.

“The traumas they face can impact them for a lifetime,” she added. “Only when we begin to treat [immigrant children] with compassion and dignity and respect can they begin to heal.” 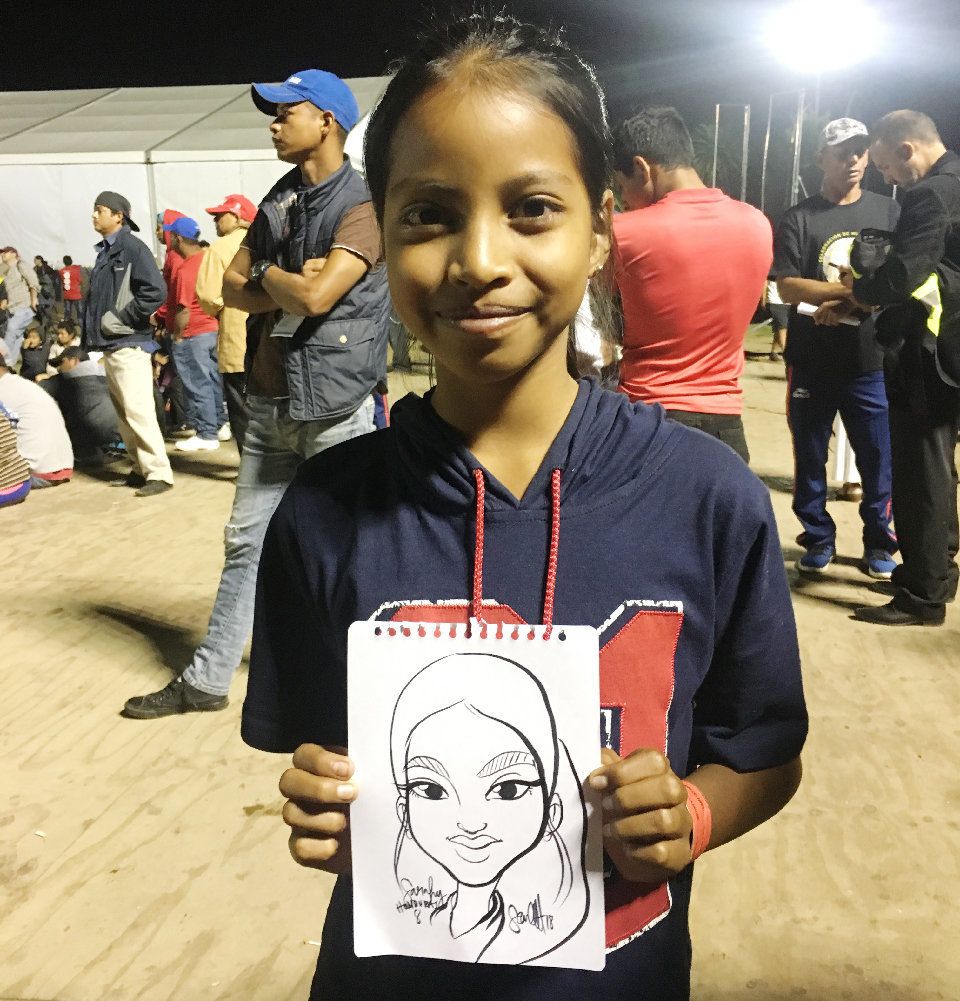