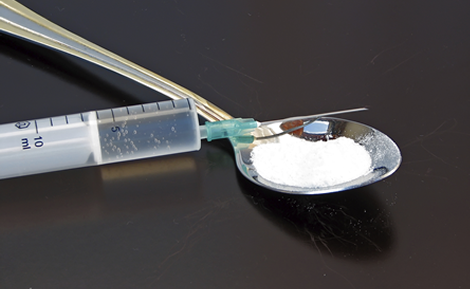 I just finished watching the new HBO documentary, Heroin: Cape Cod. It is a raw, up close and personal account of the heroin epidemic currently gripping our nation, as told by those who know addiction best - active users.

I encourage you to watch this film, which is currently playing on HBO. If you do not have a subscription to HBO, you will need to find someone who does. Take the extra step and figure out a way to watch this film.

Steven Okazaki, the director and creator of Heroin: Cape Cod tells the story of heroin addiction today, through candid interviews with eight young heroin addicts, law enforcement and family members attending a parent support group. You should know going in, that all of the heroin users in the film will draw you into their lives. You will feel every bit of the anguish, love, anger and desperation that is constantly swirling in their lives and the lives of those around them. You should also know that some of the people in this film that you will develop a bond with, die of a drug overdose during filming.

Then why watch such a depressing movie?
Our nation needs a wake-up call to the rampant abuse and overprescription of opioid painkillers. Addicts, who may have begun their opioid journey through painkillers such as oxycontin or oxycodone, tend to gravitate to cheaper heroin, readily available on the streets. The result is a rising tide of needless overdose deaths.

What are Congress and the White House doing about the epidemic?
There have been a host of bills introduced in the 114th Congress that address opioid abuse in one way or another. The White House has pledged to continue the fight against painkiller addiction and the abuse epidemic leading to an increasing number of overdose deaths. Clearly, something needs to be done, and I am hopeful, will be done.

CDC stymied in efforts to provide guidance on opioid prescriptions
But trouble looms in the fight to set guidelines for prescribing opioids. Recently, the CDC was forced to delay issuing voluntary guidelines aimed at reducing the use of the drugs, after complaints that they based their results on thin evidence and that the recommendations were crafted quietly with a small set of specially chosen advisors. Due to the intense criticism from some advocates and political leaders, CDC is holding off distributing the guidelines, and instead, opening up the draft to public comment -- despite support from at least 14 senators and many addiction advocacy groups.

In a recent Politico article, Andrew Kolodny, co-founder of Physicians for Responsible Opioid Prescribing, is quoted as saying, "Many are calling this a victory for the opioid lobby. That decision will tack months on to the process [and also] increases the likelihood that the guideline may never be released. This is an enormous win for the opioid lobby."

What to do?
Here are two things you can do now:

The film will give you a stark appreciation for how devastating this epidemic is.