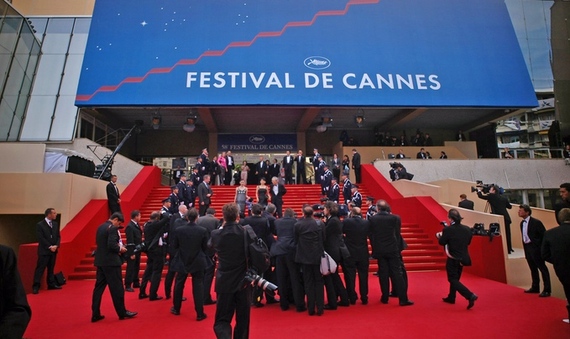 The 69th annual Cannes Film Festival will be held from May 11-22 of 2016. Filmmakers from every spectrum of cinema are rushing to organize their creations as festival submissions open on November 19th. I have been following the progress of an independently produced documentary film that I previously wrote about titled Legendary AD. It tells the stories of the lesser known names in Hollywood who have played monumental roles in the production of films such as Star Wars, Pulp Fiction, The Godfather, Interstellar and many more. Assistant directors deserve the title of legendary and director Leonardo Corbucci is bringing this title to the public.

Having reached their campaign goal on Kickstarter in the spring of 2015, the film is now complete and Corbucci has already received an outpouring of positive feedback from those inside and outside of the industry. The next step is the slippery slope of distribution. Many distributors have shown interest which led them to ask Corbucci to join the film market at the 2016 Cannes Film Festival, an honor that the entire Legendary AD team undoubtedly appreciates. The film festival circuit will help determine the future of this documentary.

While premiering a film at the famous Cannes Film Festival is a momentous honor, the road to the red carpet is not met without challenges. The Legendary AD team has been preparing for this trip with help from their loyal supporters. They will soon launch another Kickstarter campaign with a $3,000 goal to aid these independent filmmakers in making the journey to Cannes. A video diary that catalogs their adventures abroad will be featured through the mobile live video streaming app called Periscope. This funding will also help them move forward through film festival season by helping pay for the entry fees required of most film festivals.

I am not only a fan of this project but also of those who have poured their passions into this film. Each individual who is a part of the Legendary AD team is a true cinephile, bringing to light the achievements of fellow filmmakers whose names would otherwise remain in obscurity. Showing a different side of Hollywood, this film is an example of the many shining facets of the cinematic spectrum.