Outside of the life and writings of mainstream names such as Bayard Rustin, Audre Lorde and James Baldwin, there are very little primary sources and first person accounts of what life was like for Black LGBTQ people during the time period of the 1950s and 1960s. There are significantly less primary sources and first person accounts of Black LGBTQ life during the Harlem Renaissance of the 1930s. There are many reasons for this void, including the illegality of gay gatherings and gay sex, police harassment as well as the lack of cultural production tools during the first half or so of the 20th Century, which resulted in an invisible public presence.

With new modes of cultural production and growing public acceptance of LGBTQ people, the 21st century will produce no shortage of Black queer cultural sources for archivist and historians to document. Especially as current Civil Rights Movements, particularly in the black community, are led by young millennials who envision a world where liberation is not limited to race or gender, but the queer community as well.

One person dedicated to unearthing and documenting Black queer history is head of the Manuscripts, Archives and Rare Books Division at the Schomburg Center for Research in Black Culture, Steven G. Fullwood. Fullwood founded the In the Life Archive (ITLA), a project to acquire, preserve and make available materials created by and about LGBTQ people of African descent. 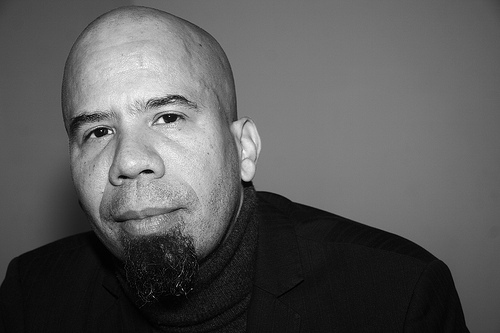 When asked about the historical presence and documentation of Black queer people during the 1950's and 60's, Fullwood says, "there are hints here and there about what Black LGBTQ/SGL (which was not widely used nomenclature at the time) life and culture was like at that time, but nothing comprehensive, and there are simple reasons for this. This absence of presence speaks to the times. There were no organizations producing culture, few books, no films, virtually no record of this time via that kind of documentation. But, of course, there were people 'in the life', a term to describe black people involved in queer life, and sometimes criminal activity (e.g., number runners). Meeting spaces such as bars, parties and get-togethers in people's home didn't advertise, that is, create and distribute flyers about their 'illegal' activities".

Effectively, this speaks to the lack of primary and secondary sources that would produce evidence of Black queer participation during the Stonewall Riots, which is often cited as the event that sparked the Gay Rights Movement. In the midst of black gay male characters exploding on screen, the movie Stonewall directed by Roland Emmerich, has premiered in theatres across the country. From the release of the teaser, the black queer community challenged the lack of diversity portrayed in the film citing the presence of Marsha P. Johnson and Sylvia Rivera, transgender women of color who made a huge impact the night of the Stonewall Riots. Steven G. Fullwood says "sadly, outside of the small material for Storme DeLarverie, there's not a lot of archival evidence in the stacks at the Schomburg about the Stonewall riots. In the In the Life Archive, there is a small file for Marsha 'Pay it no mind' Johnson, a transwoman credited with 'really getting [the rebellion] started'. Thank goodness for the documentary on Johnson, Pay It No Mind: The Life and Times of Marsha P. Johnson, or we might not know anything about this pioneer. The library does not hold any primary resources for Sylvia Rivera, a Puerto Rican trans activist".

As the black LQBTQ community looks to connect back to its past and produce evidence of black queer participation in the face of historical and cultural absence, resources such as the In The Life Archive are invaluable. Scholars and researchers will likely continue to unearth the presence of black queer life through primary resources such as diaries and letters. Archives hopefully will work to acquire this material, says Fullwood.

Germane to documenting black queer history is to record and transcribe the oral histories of people who have lived through the mid to late 20th century, whom are still alive today; people such as, Chirlane McCray (First Lady of New York), Cheryl Clarke (Author, Educator, Activist) and Barbara Smith (Author, and Activist), to name a few.