Just because Carlos Quentin has been hit by plenty of pitches during his career doesn't mean that he's used to it.

In the bottom of the sixth inning on Thursday night, Dodgers pitcher Zack Greinke plunked the Padres' outfielder in the arm. Quentin shook off the impact and stared out at the mound. After a moment of hesitation, Quentin charged out toward the hill. Greinke readied for impact and threw his left shoulder into the oncoming outfielder. Greinke was knocked back and then pulled down by Quentin as the benches cleared.

For the record, Zack Greinke took Carlos Quentin's charge like a middle linebacker.

After Greinke and Quentin were separated and the crowd of players on the mound began to disperse, Dodgers outfielder Matt Kemp may have been the most agitated player on the field. In the top of first inning, Padres pitcher Jason Marquis had buzzed the Dodgers' star with a high-and-inside pitch. After the Greinke-Quentin dustup, Kemp appeared to hollering expletives at anyone on the field -- notably Padres manager Bud Black and the umpiring crew. In his inimitable way, Dodgers broadcaster Vin Scully informed viewers that Kemp felt the situation was "fertilizer."

Greinke, Quentin, Kemp and Jerry Hairston Jr., who briefly reignited the melee after it appeared calmed down, were all ejected. 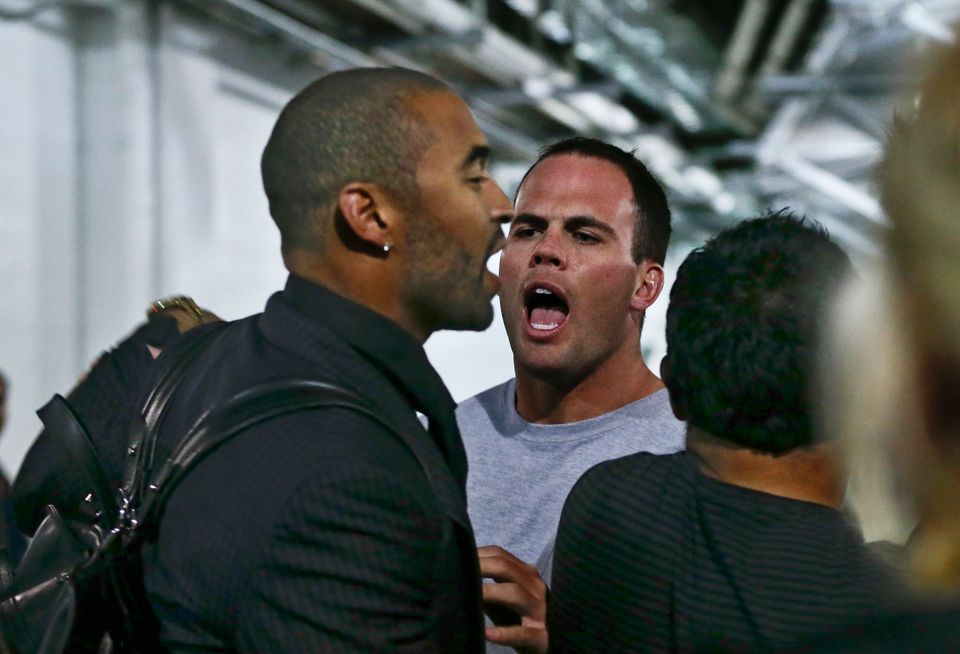