Anyone watching the benches-clearing brawl between the Dodgers and Padres on Thursday night, that resulted in a broken collarbone for Zack Greinke, could have found themselves thinking, "Boy, that escalated quickly. I mean, that really got out of hand fast."

After the dust settled at Petco Park, however, the Dodgers' official Twitter account dusted off another quote from "Anchorman."

See you on Monday in Los Angeles: pic.twitter.com/y2E5e4TBzq

In the bottom of the sixth inning of the Dodgers' 3-2 win, Greinke hit Padres outfielder Carlos Quentin in the arm with a 3-2 pitch. Quentin stared out at Greinke, who appeared to say something, then charged the mound. The benches and bullpens cleared as Quentin took Greinke to the ground. The 29-year-old right-hander suffered a broken left collarbone in the scrum.

With another three-game series beginning on Monday in Los Angeles, this Southern California feud may just be heating up. Prepare your "Anchorman" references accordingly. 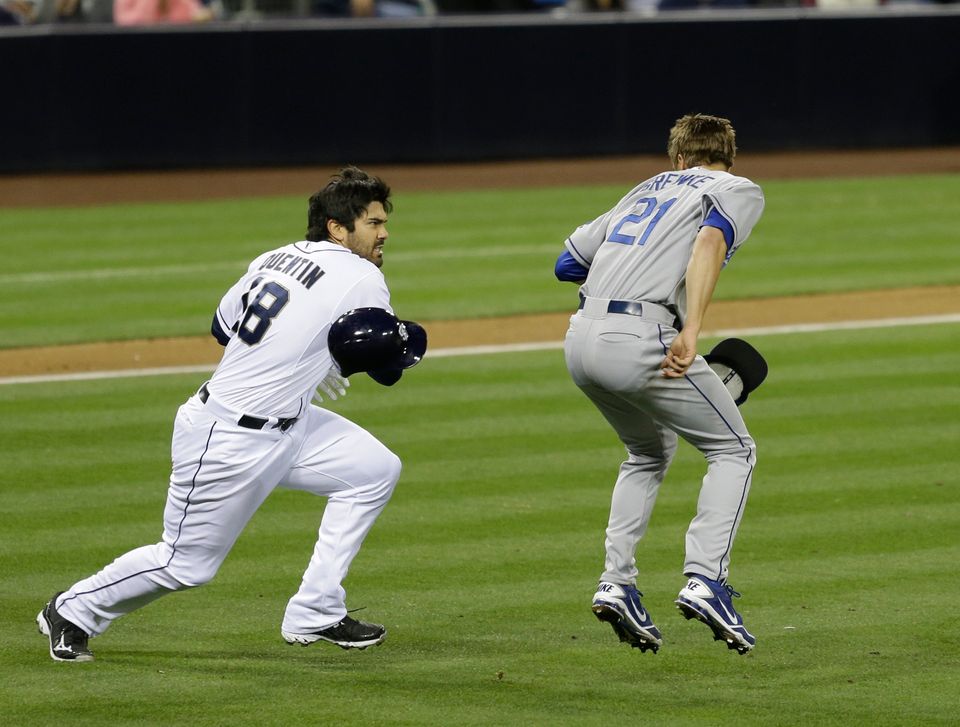