In the wake of the Charleston shootings, The Washington Post's E.J. Dionne, Jr. writes of a culture of evasion. He might not know it, but he's describing the discipline I call Influence Strategy and some of the 24 plays that comprise it. Consider two examples from the progressive columnist: 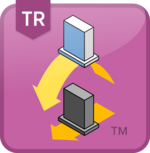 "Right off the top, anyone who wants to discuss the implications of this shooting is scolded for 'politicizing a tragedy'." There's a name for this handiwork: The Trump, a play of preemption, defined as action or communication that usurps another player's position or platform. 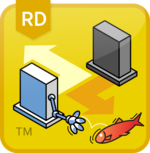 "We are told we must heal and mourn first, that it's 'disrespectful' to the victims to ask what this slaughter means and what we must do as a nation. How manipulative." This one's a no-brainer: The Red Herring, a diverting strategy that lures a player away from its preferred position or plan.

What Dionne is describing is something we know in our bones; we just don't yet know what to call these tricks of rhetoric or the methods and structures that underlie them.

There's more to come from Charleston. Watch for Call Outs on racists and their enablers. Watch for Mitt Romney-style Challenges, to take down the Stars and Bars of Dixie. Watch for Screens on heritage by proud southerners. And watch for Pauses and Filters by presidential candidates who are keen to court votes in South Carolina.

About such games, Dionne observes, "There is no surer way to contain and marginalize the hard questions." Indeed, in Charleston and elsewhere, they'll be running plays to numb the pain and forestall otherwise reasonable measures to stop the killing and prejudice.