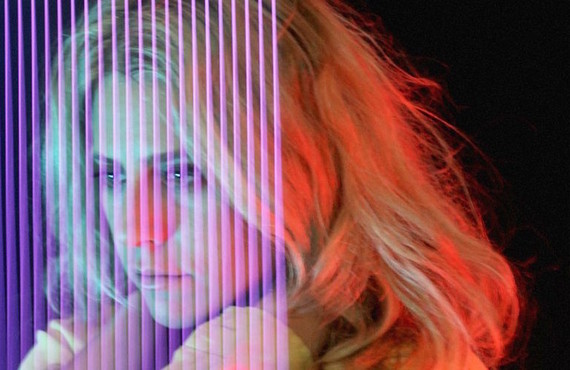 Doe Paoro drew from these notions as she created After, the follow-up to her 2012 debut album Slow To Love, which Paoro wrote in an isolated cabin close to her hometown of Syracuse, New York. Recently appearing in Nylon, Rookie, and Stereogum, Paoro is ready to debut her most recent work -- an amalgam of culture, tradition, and soul. After draws upon Lhamo, a vocally acrobatic, centuries-old Tibetan folk opera tradition.

Paoro's oft-enlightening music is a refreshing standout in the indie-pop genre. Paoro states, "There's an assumption that pop music needs to be dumbed down. But I think pop can be surprising and make you uncomfortable sometimes. It can ask you to think about something you hadn't considered before, and maybe awaken a place in yourself that you hadn't been giving attention to."

The depth in Paoro's music often stems from intense personal experiences. For example, "The Wind," produced by Justin Vernon of Bon Iver, was written while Paoro was stranded in New York during Hurricane Sandy.

Having drawn comparisons in the past to James Blake, Adele, and Lykke Li, Paoro contributes an earthy, minimalist sound that is simultaneously nostalgic and contemporary. Thanks to her travels in the Himalayas, Paoro's music pays homage to traditional folk while adding delicate layers of her own. She is particularly interested in one's perception of time as it relates to memory.

Paoro says, "I'm interested in the reconstruction of memory -- it's so human to selectively remember either only the good or bad parts of a situation. Personally, replaying those narratives is a way to avoid receiving what's happening right now, and moving on from the past."

In regard to her recent single, Paoro has said, "I'm working on staying present, because that's the safest place for me to be, and I wrote the lyrics to "Nostalgia" as a reminder to myself. I brought them to Peter Morén (Peter, Bjorn & John) in 2013 during a 5-day songwriting bender together in Stockholm and we wrote the song." (Check out the new remix of "Nostalgia" below.)

Read on as we talk Lhamo, Tibetan culture, and dream deciphering with Carl Jung.

You studied Lhamo while traveling alone through the Himalayas. You also practiced meditation and contemplated "the deep and expansive space between silence and sound." These influences make your music unique and unlike many artists today. Does meditation still play an important role in your music, performance, and writing?

Indirectly. Meditation plays less of a role in the actual creation of my music and more in how I process my experience of the path that music has put me on. So much of our culture is based on external appearances and reactions -- social media offers plenty of this. We curate our private lives to share with others.

Much of the time, the internet makes me want to ditch everything and live in a cave and draw antelope on the walls. With meditation, I can turn my attention inward and make sure I am in touch with the things that actually matter to me. It helps me silence the external noise that distracts me from making music.

What sparked your interest in Tibetan culture, philosophy, and music?

Four years ago, I was traveling through the base of the Himalayas in India, near a city where many Tibetans live. Once, while hiking, I lost my way. Trying to locate the trail again, I heard this otherworldly singing. I followed the voice and ended up at a Tibetan Performing Arts Conservatory. I was awestruck by the music; I had never heard anything like it. This was how I came to study Lhamo, or Tibetan Opera.

What inspired your trip to Tibet?

Since I was a child, I've had this dream of traveling to India. I was drawn to the music, culture, patterns, art -- anything coming from that part of the world.

I was living in Brooklyn in 2010 and there were a lot of things coming to a natural end in my life at the same time. A romantic relationship, a music project of mine that had hit a wall. I also started to become interested in health and meditation, and as a result, certain friendships began to fade from my life as I lost interest in partying. I was 26 and it seemed like the moment to go. 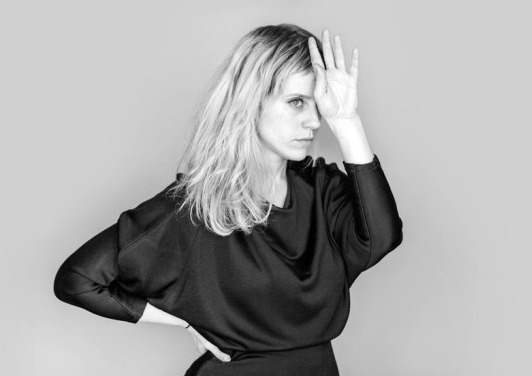 You are a self-taught piano player -- were you always drawn to the piano? How long did it take you to pick up?

I still don't consider myself a piano player, but I have enough understanding to make out the melodies I hear in my head. I've only begun to figure it out in the last 4 years, and I started late due to a lack of confidence; I went to a college with a music conservatory but didn't study music. I was surrounded by incredible musicians who had been perfecting their craft for years, and it was intimidating. I got over it when I learned that some of my favorite musicians are self-taught and realized that music begins with the idea -- the melody. Once you have that, you can stumble your way through almost any instrument.

What artists have influenced you in your journey? What are you listening to today?

Your old band was called Heaven with Your Boots On, which you described as an alternative soul band. "Bluesy," in your own words. Blues, soul, and R&B are genres that seem to echo in your music. Did your trip to Tibet alone influence the evolution of your music, or did other factors play a part in the transition?

That was an important part of it. I was aware that the music I was making before 2011 wasn't working -- it was derivative, but I didn't know how to create my own sound because I hadn't really spent time exploring the possibility of it. When I was in India, I spent so much time alone in silence, wondering what the point had been. And in time, I really started hearing my own voice. I stopped trying to imitate other artists and realized the power in harnessing my own weird experience. 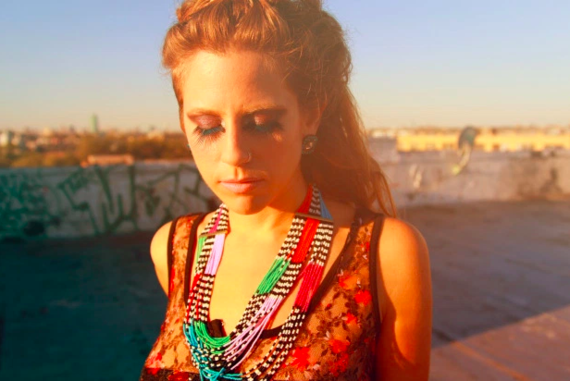 You are highly revered on the indie circuit, and pop of this caliber is bound to go far. Do you feel uncomfortable with the notion of greater success or is it something you strive for?

I'm not uncomfortable with it because I want my music to reach as many people as it can connect with. But it's not beneficial for me to focus on the idea of "success," because that ultimately distracts me from making something that is authentic. I know I have it in me to be seduced by that trap.

You've been compared a lot to James Blake. Do you see this comparison yourself?

I'm very flattered by this comparison. I can see the similarity in this fragmented-mantra song structure that we both experiment with.

It's a challenge to trust my own artistic timeline and not compare myself to other artists in that area. Especially as a woman in music -- A&Rs at major labels have told me that I look "young for my age" and if they were to sign me, they would market me as five years younger. Comments like that cause this old fear to surface: Am I too old? Adele made 21 when she was 21! Janis Joplin was 25 when Cheap Thrills came out. It's all beside the point -- I'm getting better at staying on my own path and trusting the timing of my life.

When I made my first record in 2011, I was in this hyper-inspired state that I had never been in before. I had just returned from a year of traveling alone and had picked up a summer job. I realized I needed to devote time to doing something with the inspiration I had tapped into, so I quit the job and drove out to a cabin with my dog on a little lake outside of Syracuse, New York, where I grew up. I brought some instruments, a computer to start recording, and a few CDs that were inspiring me at the time. I remember parking the car and hearing nothing but birds. I had this rare energy in me; the excitement of being on the precipice of something new.

You can have a conversation with anyone in the world, living or dead. Who is it and why?

I'd love to get Carl Jung's take on life in 2015, and maybe tell him about some of the dreams I've been having lately.

I'm sure that would make for one interesting conversation.

Thanks for the great answers, Doe!

Be sure to check out After, scheduled for release September 25th via ANTI- Records.

Special thanks to Epitaph and Anti- Records. For more information about Doe, visit her official website. To learn more about the author, go to laurenkruczyk.com.