These are some of the things I know about Angela Ames. She worked at Nationwide Insurance Company's office in Iowa. She had a baby in May 2009. She had a second baby in May 2010, who was born prematurely after a difficult pregnancy. She was required to return to work in July 2010, after initially being told she would have parental leave until August. She was breastfeeding at least one baby when she returned to work.

These are some of things I know about Karla Neel. She was Angela Ames' department head. She had given birth to at least one child at some point in her life, and apparently had uncomplicated pregnancies. During Ames' second pregnancy Neel allegedly had made dismissive remarks about Ames' being put on bed rest. When Ames returned to work and requested access to the lactation room, Neel allegedly said it wasn't her responsibility to provide it. When Ames had been denied access to the lactation room or any other alternate space to express milk, Neel again stated it was not her responsibility, then handed Ames a pen and paper and dictated a resignation letter and told her to go home to her babies.

There's lots I don't know about either of these women, including what sort of economic or performance pressure was on their unit at Nationwide, or what their day-to-day working relationship was like. I can only guess at the distress Ames was in on her first day back to work in July 2010, almost certainly sleep deprived and under stress from caring for a newborn and a young toddler, her breasts engorged and faced with no support from her supervisor or the company nurse. I can also guess that Neel, who may or may not have received adequate human resources and management training, was frustrated at having an employee on extended leave twice in barely two years. Confronted with a distraught, tearful subordinate, whose near-term productivity was in doubt, she reacted poorly.

These two women, one of whom is now perceived as a villain by numerous commentators on Ames' story, are both stuck with a system that makes their jobs as workers, colleagues and parents unreasonably difficult. We all live in a country with inherently anti-parent, anti-caregiving and thus anti-child workplace culture and public policy. In any humane country, Ames would have had legally mandated adequate parenting time with her newborn children. In many places she would still have been on her standard parental leave with her first child by the time the second was born. The systems would have been in place to cover her duties sufficiently, so that she did not need to be pressured to complete two months of work in two weeks, the day she returned to work. Instead, the fact that Ames was having babies and breastfeeding them was treated as an aberration in the workplace.

It's unlikely that Neel was responsible for creating the bizarre and counterproductive policy that using the lactation room required a three day waiting period, or the policies that gave Ames fewer than three months to recover from delivery and bond with her baby. Neel certainly didn't make any of the laws or decide any of the cases that made it possible for the Federal court in Iowa to decide that Nationwide had not discriminated against Ames or constructively discharged her (firing her by forcing her into resigning).

When Ames' appealed her case, three Federal Appellate judges agreed that a woman in Ames' situation (under tremendous emotional stress, in physical discomfort, being disparaged and bullied by both her manager and her direct supervisor) had an obligation to try harder. Instead of quitting on the spot when her manager told her to, she should have taken her engorged, leaking breasts to the HR department and demanded due process. The Supreme Court let the 8th Circuit's decision stand.

Contrary to some coverage of this case, this is not a case about whether men can lactate. The trial court made a comment to that effect, but the real message is worse. This case shows what the system of laws, and the courts that enforce them, think about parenting: it is an inconvenient obstruction to operating a business. The most fundamental human processes of giving birth, bonding with a newborn, and feeding ones babies breast milk (the cheapest, healthiest source of newborn nutrition) are shoved into a tiny window of time, and accommodated as grudgingly as possible, if at all. A worker who stumbles on these hurdles is held to a high standard of courage, not to say aggression, in advocating for her rights on the spot. Where a single worker is confronted with a supervisor who lacks empathy, the burden is on the worker to know their rights and enforce them immediately, or lose them.

Unless we get better laws, anyone who wants to sue over the standard for being constructively discharged in similar circumstances will have a harder time proving it, particularly in the seven states from the Dakotas to Arkansas that fall in the 8th Circuit Court of Appeals.

Do we want courts holding struggling new mothers to standard that they held Ames? Or should our laws protect and support caregiving? In Massachusetts, MotherWoman is leading the way in helping to pass Pregnant Workers Fairness Act which also includes protections for women who need accommodations to pump without risk of retribution. In Oregon, Family Forward Action is working for paid sick leave and parental leave to enable more parents to bond with newborns and recover from childbirth.

To learn more about the national efforts on Pregnant Workers Fairness legislation, visit A Better Balance. 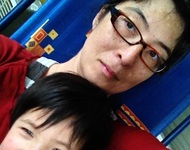 Elleanor Chin is a lawyer, writer and litigation consultant living in Portland Oregon. She has three children that she was fortunate to be able to spend at least twelve weeks with after they were born. She writes about regional politics at BlueOregon.com and about art, culture and family at www.ragecreationjoy.wordpress.com. Her writing has appeared in Bitch Magazine and Feministing.

More:
workers rightsWorking MomsWorking MothersParentsbreastfeeding at work
Newsletter Sign Up
Raise the kind of person you'd like to know
Subscribe to our parenting newsletter.
Successfully Subscribed!
Realness delivered to your inbox