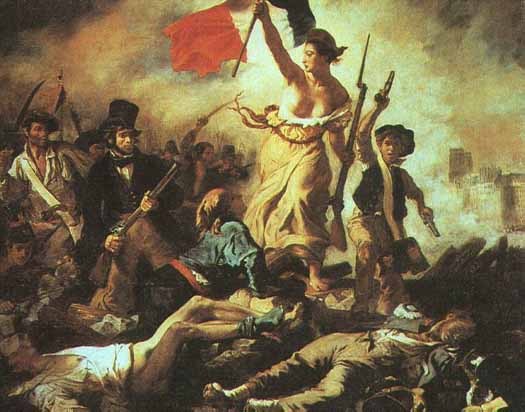 Last month I laughed when Faith Popcorn -- who knows at least as much about the past as the future -- said on a Columbia University panel on women in business that what the gender-biased market needs now, to really move the needle, is a revolution. I found it a little over the top while sitting among well-dressed, well-behaved women and men who were speaking reasonably about the challenge of bringing more women into corporate leadership.

But back in the daylight, I decided she's right.

Efforts to change the balance are ongoing and well-documented. There's lots of energy around supporting more female entrepreneurs, with funds, organizations and insights -- helpful, but women-owned businesses are still only 16 percent of all entrepreneurial ventures, and only 10 percent of high-growth firms. There's research proving that businesses with a higher percentage of women in senior leadership and board positions perform better -- good to know, but it hasn't panicked any boards into action, with only 15 percent of executive officers and 17 percent of board seats of the Fortune 500 occupied by women. There are consciousness-raising events and other content designed to spread issue awareness and leaning in -- emotionally powerful, they bring gender disparity and its costs into the room while giving women language and courage to be forcefully present, and men and organizations tools to enable that process.

The result? You know it: still only four percent of the Fortune 500 CEOs and four percent of VCs are women. Let's flip that statistic, just for a visualization exercise: four percent men running VCs and represented as CEOs in the Fortune 500. Do we think that we would still be the only industrialized nation in the world without mandatory paid maternity leave?

Sallie Krawcheck, of professional women's network Ellevate, mentioned the latter when she spoke recently in Princeton as among the idiocies (my word) committed when blind spots created by homogeneity in leadership persist. She even wondered if the financial crisis could have been avoided, since group-think led Wall Street not to see or think around potential trouble spots; because women are more risk-averse, and client- and long-term focused as a group, they likely would have cast a more skeptical eye at sub-prime mortgages and all the clever financial engineering that followed and helped bring down the house.

Krawcheck's Pax Ellevate Global Women's Index Fund invests in the highest-rated companies globally for advancing women, which sounds like a smart way to make money, and something like 'inclusive capitalism' to her. And maybe the smallest bit revolutionary.

What does the rest of the revolt look like? Can heads roll without anyone getting hurt? Does 'revolution' mean 'regulation'? Can business change without culture changing first -- and can cultural change be forced? Isn't there cake enough for everyone?