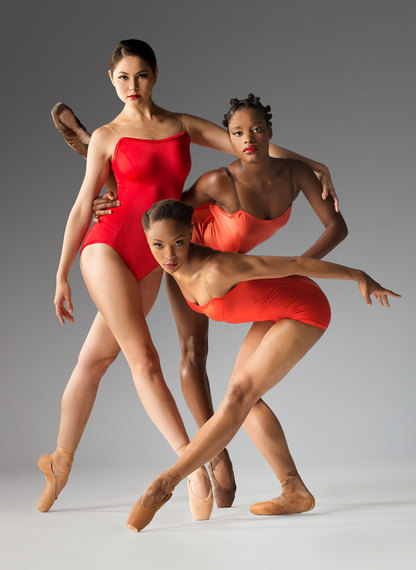 Panel after panel convenes to ask why there are not more dancers of color in ballet. My heart sinks every time. Where is Dance Theatre of Harlem in this conversation? It is so odd to feel like an outsider on an issue that touched my life so profoundly and was at least a part of what Arthur Mitchell set out to address 46 years ago when he and Karel Shook cofounded DTH in the basement of a church in Harlem.

Perhaps it's because, while DTH has always been a celebration of the richness of African American culture as well as the grand tradition of classical ballet, as a racially, ethnically, culturally diverse ballet company, we are not now -- and never have been -- about being an all-black ballet company. Arthur Mitchell created DTH to enable people to see this art form of ballet in a different way. He succeeded magnificently. The company he created caught the world's imagination.

Now, five years after Arthur Mitchell passed the artistic reins on to me, the many preconceptions that get in the way of understanding why Dance Theatre of Harlem exists are all too clear to me. DTH is here to build an alternate future for this powerful and exquisite art form. The goal is to dispel the notion that ballet is exclusive to one culture or one group of people and to show that the intrinsic power of ballet as a dance form of expression is more than skin deep.

The early years of DTH felt like an awakening. In 1969, I, with a handful of others, seized the opportunity Arthur Mitchell's vision offered and actually had the career in ballet that everyone had told us was not possible. Because of that, by 1979, young ballet dancers of color started walking into the studio knowing they belonged there. For the dancers and public alike, ballet was revealed in a new light.

I don't think any of us actually realized what a grim day it was back in 2004 when DTH was forced to close down its touring company. For many of those company members, it was the end of their careers. Scant few found jobs in ballet and the pattern of exclusion resumed. Without examples to emulate, the stream of confident, accomplished dancers of color dried to a trickle. Forty years after Arthur Mitchell made a difference, dancers of color are again supplicants at the gate, begging to be accepted in an art form that literally can't see us and so will not let us in.

It's a tough problem. American racial attitudes aside, nothing will change until those of us whose work is to keep this art form alive choose to define a new aesthetic for ballet in the 21st century. Only then will we begin to make this art form vital and relevant. We all know the story that when George Balanchine came to America to start a ballet company, he imagined it would be made up of six black dancers and six white. That never happened, but Balanchine did redefine the ballet aesthetic to create a company that was uniquely American. It was a brilliant step forward. It is time for the next step. Balanchine taught us to look at the human body in motion in a new way and, in the long relay race that is art, Arthur Mitchell, took the baton and carried it forward.

The Dance Theatre of Harlem company returned to its work of bringing people together through art a little more than two years ago. And while the world has changed in many ways there is still a distance to go. Ballet is a complex and beautiful human endeavor the experience of which can change lives. Yes, ballet does have a color. It is the rich color of humanity -- in all of its shades. That's what Dance Theatre of Harlem is about -- opening minds to what is possible. See us at City Center April 8-11.