Designs often become classics because they broke the mold of their times and by nature were controversial. They displayed a high degree of innovativeness either in addressing users' latent needs or by introducing new technology that made new product performance technically superior.

Design classics regularly became the icons for particular design movements such as Bauhaus, Streamline and Post Modernism. As time passes, these products usually became generally accepted and represented the new norm, until something else came along.

Classics are thus innovation frozen in time, remembered for exactly what? For what originally made them unique? If not, does this mean that design classics looses their original shine, as they grow old?

To examine this, Applied Design Science conducted a study, comparing expert and lay men opinions of the innovativeness of design classics, at the Innovate Pasadena Connect Week. This is a yearly event where the public is invited to attend events to learn about entrepreneurship, innovation and design.

Participants at a Design Primer event at ADP, where taken on a brief tour of the past hundred and fifty years of design history. After learning about thirteen icons of various design movements, such as the Ford T, Tupperware and Apple Macintosh, they were invited to positioning these in a market -- technology innovation risk matrix.

For the most part everyday users underestimate the innovativeness of design classics, failing to imagine the context of the world as it was back then. You do not even have to go back a hundred year in time for this disconnect to occur, seven years is enough.

As for example, when the iPhone was introduced in 2007 it completely revolutionized the way we use our cell phones. The technically innovative scroll, zoom and format flipping features when turning one's phone, then blew our minds. Not to forget the introduction of small testy icons, called Apps, which in few years fueled a multi billion dollars industry that had not existed before. When judging innovativeness, what one sees is only application of touch screen to a phone -- what is the big deal they all have that now!

So if design classics are not appreciated for their innovativeness, are they simply classics, because experts elevate them to this position by repeatedly touting their design virtues? Probably, however good looks did not hurt. As with the iPhone, design classics tend to become visual templates for a product category, sometimes causing fierce intellectual property battles. From time to time design classics even redefine beauty such as the Jeep; with it's, for the automotive world at the time, awkward proportions.

Attending Art Center College of Design's Car Classic show this past weekend, I had an opportunity to hear what made a car a classic. Awards were awarded in multiple categories and the common denominator was the winners' breathtaking styling. So maybe it is only innovation that fades into the background with time and design classics is all about beauty? 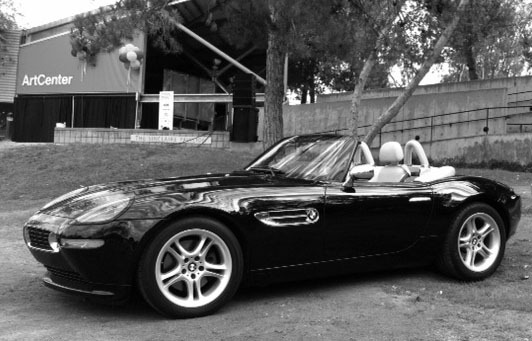 Special thanks to Dear Margot, Agustin Grube and Chuck Chugumlung for design science research reported in this article