That's the thrust of Frank Bruni's thoughtful column in the New York Times where he references social psychologists to assert that we're turning into "culturally and ideologically inflexible tribes."

By bookmarking given blogs and personalizing social-media feeds, we customize the news we consume and the political beliefs we're exposed to as never before. And this colors our days, or rather bleeds them of color, reducing them to a single hue. We construct precisely contoured echo chambers of affirmation that turn conviction into zeal, passion into fury, disagreements with the other side into the demonization of it.

Yes, we've all seen that kind of Facebook free-for-all, most recently between the Sanders and Clinton camps--though it can be about anything and happen within minutes. 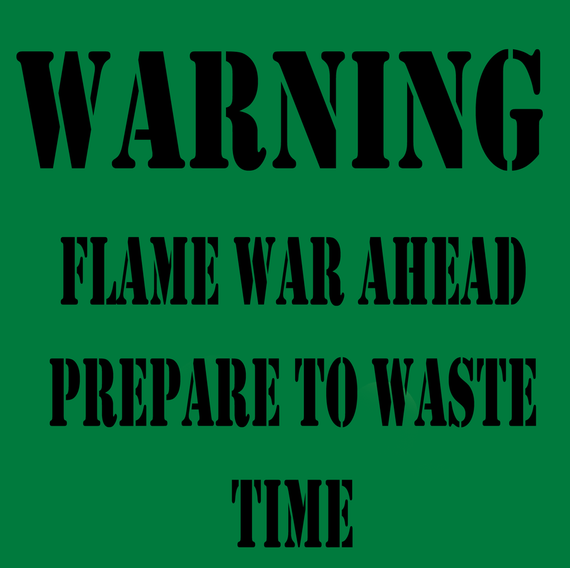 But before Facebook was so popular, how many people who use it ever bothered to read editorials expressing political opinions opposite of their own? How many Fox News watchers, for instance, spent an equal amount of time with MSNBC? And how many fans of Michael Signorelli regularly listened to Rush Limbaugh?

Is it possible that we were already fragmented and refractory, and Facebook has just made that more visible? Bruni maintains that "we're sorting ourselves with a chillingly ruthless efficiency. We've surrendered universal points of reference. We've lost common ground." Did we ever have it? Haven't we always been cranky and disputatious? Facebook (and Twitter) just makes it easier to express our refractory selves.

Truth be told, without Facebook, I likely wouldn't watch clips from Fox News at all. I also wouldn't read about various politicians' outrageous comments (the real ones, not the ones Snopes exposes as fake). And without the Internet itself, I wouldn't read conservative columnists like Jennifer Rubin at the Washington Post or Bruni's colleagues Ross Douthat and David Brooks.

I haven't ever tended to socialize with right wingers or conservative Christians, though I have read books by authors like Dinesh D'Souza--so I'm much more likely to find those views on Facebook (even if they're framed by someone's mockery). I might actually be more exposed to them than before.

Facebook brings me news and opinions from a wider variety of sources than I would ever locate on my own, thanks to a polyglot, fiercely curious, international group of friends. My feed is full of surprises thanks to their wide reading. But I'm not any more likely to be won over by cyber views I disagree with than I would be in person. I don't think I've changed, necessarily--the speed of access and commentary has. Is the sky falling? Maybe not.