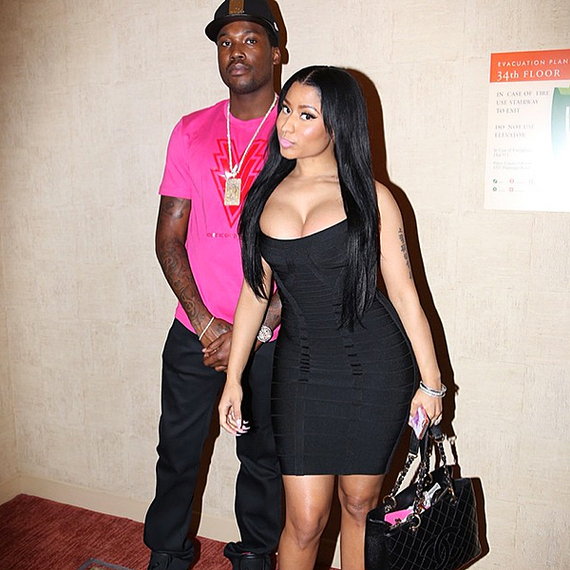 Unless you live under a rock you probably heard about the "beef" between Drake's ghost writer and Meek Mills. Sidebar, let me just throw this out there, being aware of a silly rap feud does not mean I am "distracted" from the problems that plague society. God knows I can be pretty intense, but I've mastered the art of chewing gum and walking. Contrary to popular belief I don't wake my daughter up in the morning with the words "the revolution will not be televised". Sometimes you need a minor commercial break to laugh as we collectively witness an onset of murder and violence.

Unlike most political debates, this feud had a clear winner. Most people would agree that Drake not only won, but he produced a few lines that ran wild on social media. Most notable, was the reference to the fact that Meek Mill's famous girlfriend is far more successful than him. According to the court of popular opinion, that seemed to be one of the lines that secured Drake's victory and broke Meeks Twitter fingers.

Despite the endless jokes, I have a serious question. Is it still a factor in a relationship if a woman makes more money than a man? I can list tons of opinions on this, but that would require too much time. As always, I will share the perspective that I've mastered. My own.

As the former member of the captain save-a-bro league, I have dated several men who made significantly less money than I did. In retrospect I can admit that the problems in the relationship had less to do with the amount of money either of us made, and everything to do with my response to it.

At the time I was a little embarrassed by the disparity. Instead of checking my own emotions I went into "I can save this bro" mode, which by the way code is for let me change you. I will give you a free tip, nobody responds well to wanting to be changed. I could NOT understand that to save my life. I swear Beyoncé's "let me upgrade you" was playing on loop in my head. I mean, I was just trying to do for him what Martin did for the people! I thought I was helping... he perceived it as changing. Free tip number two, don't enter a relationship with the same mindset that you would use when purchasing your first home. "If I could knock down this wall, and build one right here the property value will double!!" Umm, yea, that thinking only works for home owners and not relationship builders.

Eventually I matured and my thinking shifted. I find nothing wrong with being in a relationship with a person who makes less money than I do. The facts is "life happens" and those roles could reverse in a minute. More importantly, I have not yet been able to write a million dollar check so I'm not even close to where I intend to be financially. I place less emphasis on what a person has financially and more concerned with their willingness, ability and the ACTION steps they are taking to build a future together. Who is currently in possession of what tools are not important if we are willing to combine them to build together. This is by no means suggesting that a person should come with zero tools and ability, that places too much burden on the other builder. However, I do recognize that we don't need to have the same exact amount of tools to build something great.