I'll be honest, when I had my picture taken with TV's Uncle Jesse, I didn't expect this photo to come out looking like a "before and after" ad for the world's most effective diet. In my mind, it was going to be a picture of 2 swarthy studs. In fact, I briefly considered captioning it "2 swarthy studs." It was only after posting the pic on every form of social media, including a few that I joined just for the occasion, that I realized standing next to John Stamos, I looked like I had just swallowed Gilbert Grape's mother.

To her credit, my wife was kind enough to point out that next to John Stamos, "all guys look like they just swallowed Gilbert Grape's mother." True. But this was a wakeup call. I needed to make some serious lifestyle changes. And get Invisalign and maybe a dress shirt from this decade. But first off, I needed to stop counting Peanut M & M's as a "fruit" when writing down my Weight Watchers points.

There are many things that can inspire you to get serious about your health and fitness or at least stop nervously binge eating until you fall asleep. If John Stamos isn't available, taking your picture next to any slender-hipped Greek heartthrob will probably do the trick. If one isn't readily available, I'd also recommend not being able to extricate yourself from your wetsuit in a public restroom. For example. Not that I'd know. (I do know).

Truth be told, t I never had much of weight issue until my late 30's. I was a former high school cross country runner. If anything, I was described as 'scrawny' or "puny" and appreciative of the compliment.

For years, I had no idea that I had gained a pound. Again, to my wife's credit, she kept buying me jeans in bigger sizes. That combined with my almost supernatural level of self-delusion allowed me to believe I still had the body of my 18 year-old self. No joke. I honestly thought that I was still a few well-timed stomach crunches removed from playing shirtless Frisbee in an Abercrombie ad.

This delusion was punctured once and for all about 8 years ago by my internist. I was there for something completely unrelated-- I was just there to get a refill of my crazy pills. My doctor who obviously hadn't seen me in a while walks in and exclaims "holy shit, did you get fat!!" So, how gross must you look to make a medical doctor cuss? You never hear "holy shit, that's a lot of shingles." I mean, this is a doctor. In Beverly Hills. Can you imagine how many botched boob jobs have walked though his door? His only job is to see physical deformities, all day long. But he gets one look at me--fully-clothed no less-- and he's cursing like a day player on Deadwood. He may have even dry-heaved a little. Now mind you, this wasn't Usher looking me over. This was a big, fat Jewish doctor. And he was alarmed at how big and fat and Jewish I'd become.

Okay, in his defense, it turns out I had gained 75 pounds since my wedding. And it's not like I got married in the 1840's. I mean, Survivor may have already been on the air.

I guess I'm what you'd describe as an "emotional eater." I do a good amount of my eating between the hours of everyone's asleep and someone's awake. I'd also say I most frequently eat, not when I'm hungry, but when I'm anxious I should also note that I'm never not anxious. It certainly doesn't help that I'm blessed with self-esteem that falls somewhere between those of Charlie Brown and Precious. And that one incredibly 'effective" way of dealing with that is to push down my feelings with kettle corn and macaroni salad. (No, not together. I'm an emotional eater not an animal.) 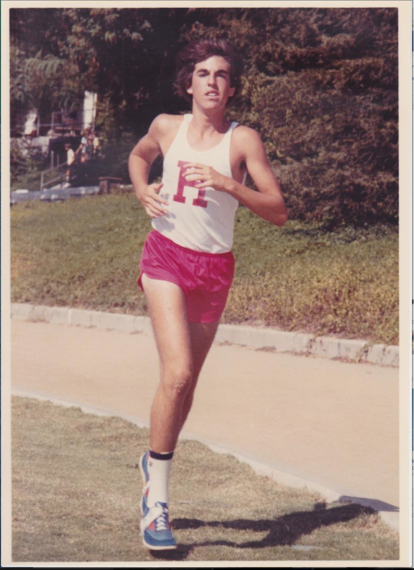 Naturally, my first reaction to my doctor's reaction was disbelief with a particular focus on his scale's margin of error. But then, I told a few friends 'can you believe my doctor called me 'fat'?' And their response was usually "Well, I wouldn't say 'morbidly obese.'" Me: "Wait, that wasn't one of the choices!"

Suddenly, I became hyper-aware of how people viewed me. Some responses were fairly overt. Like my masseuse, who would pat my belly and say "you so fat." I don't know a ton of massage technical jargon, but I have to imagine this is the opposite of a "happy ending."

There's really no place where you're more aware of your body image and people's response to it than when you're boarding an airplane. It's the body language of passengers already seated that screams "please don't sit next to me, I beg of you." Let's face it, people would rather sit next to a crying baby shoe bomber in a SARS mask than a person who's slightly overweight. They'd definitely rather see snakes on their plane, than me shuffling down the aisle, stress-eating a bag of Sun Chips.

So, in the 8 years since that initial wake-up call, I've done Jenny Craig and Weight Watchers and frequently been the only man within a mile of both. I've lost 64 pounds and gained a decent amount back. I've counted points and got my ten thousand steps a day. And I've also spent days with my face at the bottom of a Corn Nuts bag. It remains a constant struggle to not medicate myself with food. But at least I'm no longer in deep denial that my body hasn't changed since Kajagoogoo was on the airwaves.

Plus, I've also had a couple revelations. One came last year, when my liver wasn't functioning and I lost 20 pounds in a month. (My skin was also the same color of yellow as Abe Simpson's, but that's not entirely on point.) I even had to drink Ensure just to keep my weight from further free-falling. I'm perfectly fine now, but what I realized was that not all weight loss is equal. Simply shedding pounds can't entirely be a goal in and of itself. And while in the middle of a health crisis, you find yourself strangely appreciate of any day when you find yourself healthy enough to eat a meal and keep weight on.

My second takeaway is about using food as a means of dulling pain and precluding you from feeling. There's no question I use food to stuff down my feelings, sometimes very consciously and skillfully. But in the last couple years, I've begun to challenge the very premise that feelings should be avoided. Even those that are most painful. Sure, nobody actively wants to feel pain, to feel scared and anxious. But lately, maybe because I'm about to turn a thousand, I've made it more of a goal to feel. To see the avoidance of pain not as the ultimate goal but as a sometimes unhealthy escape. Now I'm nowhere near achieving this goal--just check my pockets for a plastic baggy full of anti-depressants, anti-anxiety pills and turkey jerky. But it's a goal.

For now, I'm back to counting points, weighing in every week, just trying to be more aware. Because you never know which celeb is going to walk by. And let's face it, I'm never going to not post a celebrity photobomb. So better to be ready just in case.