Levi's "Go Forth" campaign, launched on Independence Day (July 4th) across the US, is the clothing company's latest attempt to align itself with the brand of America and its 'new generation of pioneers'. Borrowing some choice words from Walt Whitman, the multi-pronged campaign (created by lauded ad agency Wieden + Kennedy) falls in line with moves made by several other brands to embrace the renewed spirit of optimism and hope in the U.S - brought upon largely by the election of President Obama last year. 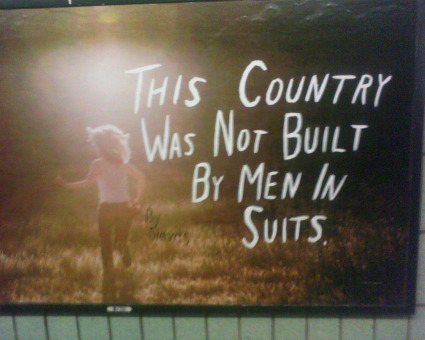 As Contagious reports: "'Go Forth" is more than a campaign, it is a north star for the brand. The campaign takes the raw, tough, and eternally optimistic spirit that made the Levi's brand great and brings it to life as a clarion call for this generation', explains Doug Sweeny, vice president of Levi's brand marketing."

Whitman's words have been turned into bold taglines like "This Country Was Not Built By Men in Suits" and "Strike Up for the New World", while Levis.com asks its visitors to "add their voice to the New Declaration" by adding their own words, images and stories of "today's America".

Whitman embodies the spirit that the Levi's brand hopes to evoke - freedom, originality, transcendence; the American Spirit untethered by uniformity and pragmatism - but still safely sequestered within a mainstream paradigm. And Levi's decree to "Go Forth" is simple, direct, and undeniably moving - an apt call to action for today's "new pioneers".

So it's a shame, then, that the execution of this ambitious campaign is such a disappointment. I first saw one of these ads in NYC's Spring Street 6 subway station. It featured a sun-drenched, wind-blown waif with the words "This Country Was Not Built By Men in Suits" emblazened across the image - which someone had added to in matching handwritten scrawl: "[IT WAS BUILT] BY SLAVES". Up to that point, I hadn't been able to put my finger on what it was about the campaign that just felt so...wrong. But with that bit of graffiti, it became clear: Levi's is glorifying these centuries old American ideals - Optimism! Egoism! Manifest Destiny! - while making paltry gestures towards the reality of American history and what America is today. The ethos behind "Go Forth" is disappointingly incongruous with its print ads, an aesthetically stellar but largely meaningless photo vérité series (shot by Ryan McGinley) displaying a handful of hipsterish men and women frolicking freely in nature, dirty jeans and all. 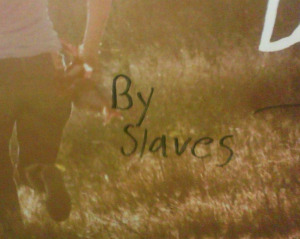 While Levi's thought to include actors of a wider range of age and color in their commercials, their print campaign is completely monochromatic and appears almost unapologetically alienating. What about a topless, faceless model walking into the sunset says "New America"? What about this facile representation of "American individuality" will resonate with today's newly hopeful Pioneer? This 'new world' is a lot more interesting, and built on much more heritage, than these empty images communicate.

A brand that intends to speak to and for our generation should take a long, hard look at what this era in American history really means. Where is the heritage we can share and embrace? If Levi's really wanted to inspire us to "Go Forth", it would have been amazing to see them pay homage to the symbols of true individuality from our past and present - the freedom riders, abolitionists, suffragists, veterans, the heroes that represent the truly timeless, transcendent American spirit."The Frontier" is sexy and all, but how about some real American heroes?