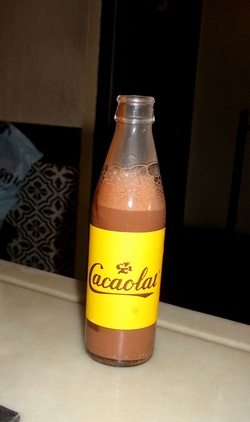 When the Pope apologized for the ... "Grave sins committed against the native peoples of America during the so-called conquest of America," he may not have mentioned chocolate, but his words encompassed the Church's earliest forays into the chocolate business.

Church leaders since the sixteenth century depended on chocolate for physical, economic, and spiritual sustenance at the expense of indigenous peoples. Religious orders, particularly Jesuits and Franciscans, were very involved in the cacao business of the New World, notably in Brazil and Mexico where the local peoples were forced off their land to villages called missions or reductions and forcibly converted. These missions of the "Jesuit Republic," built the vision of a great Christian mission state in Brazil. As a Jesuit wrote in 1560, "If there is a paradise here on earth, it is, I would say, this Brazil."

In 1665 it was a Jesuit missionary who brought the first cacao cuttings from the Amazon rainforest to the Bahia and Salvador de Bahia areas of Brazil, both to satisfy the personal desire of the governor general for a reliable chocolate supply and to develop the industry. In 1674 Jesuit João Felipe Bettendorff, SJ, who had administered the Jesuit missions in Pará, traveled by canoe from Pará and transplanted cocoa seeds to Santa Lucia. Success meant that within three years the Jesuit College had more than a thousand cocoa plants. The Jesuits then distributed seeds to the locals for further cultivation.

Expeditions for cocoa seeds into the jungle often consisted of a mix of skilled labor and slave labor. By 1749 slaves had systematically planted seven thousand cacao trees in lower Amazonia. The Jesuit involvement with cacao kept Europe well supplied while enhancing revenues. Franciscans also anticipated the conversion of the entire world in order to bring about the imminent millennium. 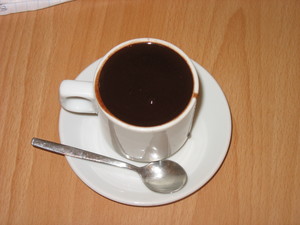 Similar exploits took place in Mexico where Jesuits oversaw cacao plantations and imported slaves to work them. Again, Jesuits depended on cacao income to pay their obligations to the mother church and to sustain themselves. A 1693 letter from Jesuit priest Father Alfonso Avirrillaga to the Jesuit Provincial Father Diego de Almonacir described that the College of Chiapas had two cacao plantations, with more than seventy-five thousand trees. A third boasted twenty thousand new cacao trees. From 1704 to 1707 the annual profit from cacao covered the costs of the College.

While this huge cacao endeavor was initiated and dominated by Christian orders with theological and entrepreneurial motivations, there were priests such as the Jesuit Manoel da Nóbrega in Brazil and the Dominican friar Bartolomé De Las Casas who challenged the enslavements and protested the appropriation of land during the conquest of the Americas. Finally in our own day a Franciscan Pope has echoed those views.

More about religion and chocolate may be found in On the Chocolate Trail: A Delicious Adventure Connecting Jews, Religions, History, Travel, Rituals and Recipes to the Magic of Cacao, (third printing from Jewish Lights Publishing) including contemporary and historical recipes. Also, registration is now open for the excursion to Southwest France and Spain, May 1-12, 2016, to learn more about the chocolate culture of both countries. Register before December 1 to receive a free copy of the book.