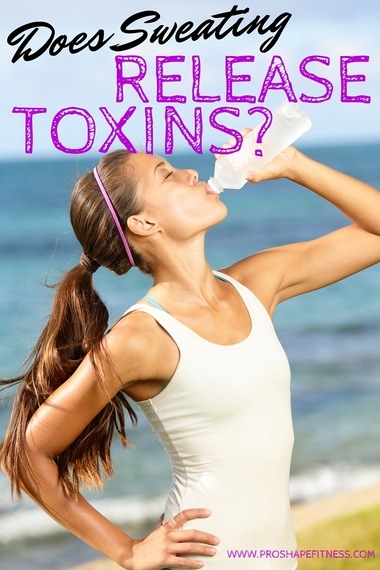 "Sweating out toxins" is one of the commonly listed benefits of hot yoga and in-home saunas. You've heard the claim before, but have you ever wondered if it's actually true?

I'm going to answer this in just a moment, but I'll begin by saying, if you're a hot yoga fan don't get all mad and stop reading -- stay with me. I'm not hating on hot yoga at all... just stating a few facts about what actually happens when you sweat, or more specifically, what doesn't happen.

By all means, hot yoga has benefits, but releasing toxins is not one of them. It's just a common claim used to promote the practice.

So why is this claim believable? Well, the physiological act of sweating inherently feels good. When you're sweating you recognize the fact that you're working hard, you're moving and releasing the endorphins associated with exercise. You may feel great, but this doesn't mean you're getting rid of toxins.

So if sweat isn't made up of toxins, what's it?

Sweat is made up of 99 percent water and small bits of carbs, salts, protein and urea (1). It is NOT made up of toxins.

In fact, forcing your body to reach elevated temperatures and not consuming an adequate amount of water can actually impair your bodies detox system and cause you to hold onto MORE water and toxins.

The kidneys and liver are the organs responsible for detoxing your body (not the sweat glands). They accomplish their important task during your time in the loo. 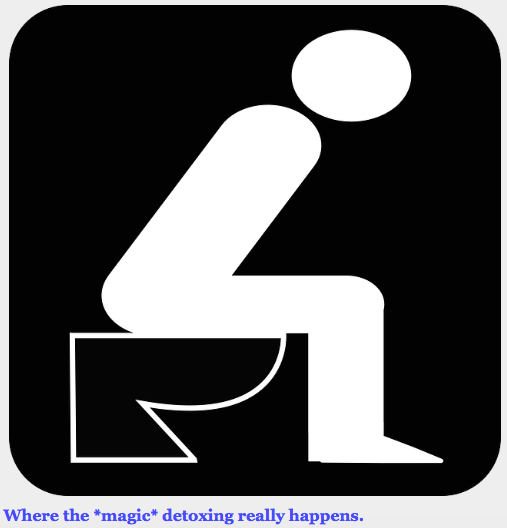 According to Donald Smith (a professor of environmental toxicology at UC Santa Cruz, who studies treatments for metal poisoning) almost all toxic metals in the body are excreted through urine or feces. Less than 1 percent are lost through sweat (2).

In other words, you'll do more detoxifying in the bathroom than you'll ever do in the yoga studio.

So, while hot yoga does have benefits, "releasing toxins" is not one of them.

It's not just hot yoga that promises to help you "sweat out toxins." Another popular practice includes at-home saunas, which use infrared heat to reach temperatures up to 140 degrees.

One popular manufacturer, Sunlight Saunas, states on their website that "sweat carries toxins out of the body and pushes [them] out of the pores."

However, when you speak to experts on the subject, such as Dr. Dee Anna Glaser, a professor of dermatology at St. Louis University and founding member of the International Hyperhidrosis Society, a medical group dedicated to the study and treatment of heavy sweating, they will confirm that sweat only contains a trace amount of toxins and "sweating for the sake of sweating has no benefits. Sweating heavily is not going to release a lot of toxins." (2)

Let me expand a bit on "trace toxins." In medical usage, the term "trace" equates to less than one percent of the body's total content. Statistically speaking this is essentially nothing. Again, the sole purpose of sweat is to regulate your body from overheating -- not to release toxins.

So if you still feel inclined to spend thousands of dollars on one of their saunas, don't expect to rid yourself of toxins. Perhaps save yourself some cash with a trip to the restroom instead. Leave the detoxing to your liver and kidneys.

Lastly, if you attend a hot yoga session, make sure you're drinking plenty of water before, during and after. While it's discouraged at some studios, do excuse yourself if you start feeling lightheaded. A good yoga instructor should put your health first and never discourage you from listening to your body. Feeling lightheaded during a session is never normal.

If you found this article informative and would love to hear more fitness tips, I invite you to check out my bio and download a free copy of my complete fitness tracker here!

This article originally appeared on www.ProShapeFitness.com