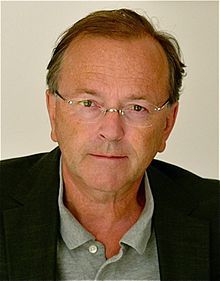 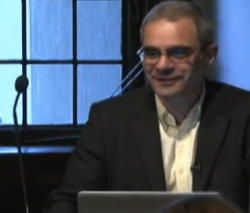 The Big Questions are these: What exactly is the extended evolutionary synthesis ("ES") John Templeton Foundation has recently funded with $8M (and $3M more going to ES from institutional contributions)? What good is an extended synthesis without the largest part of the biosphere -- viruses -- factored in? Why fund now, when ES has been kicking around ever since it was born at "Altenberg!" eight years ago?

Paul Wason, Science and Religion chief at Templeton simply won't say, declining my request for an interview and emailing that he "would prefer not to be involved in the debates."

Of the above Big Questions that Wason won't answer, the really sticky one is: What exactly is the extended synthesis?

Kevin Laland, an animal behavioralist serving as ES project leader for Templeton, and one of the organizers of the November Royal Society meeting on evolution, has described ES like this:

"The extended evolutionary synthesis does not replace traditional thinking [he means neo-Darwinism], but rather can be deployed alongside it to stimulate research within evolutionary biology. The new perspective retains the fundaments of evolutionary theory -- genes and natural selection remain central, for instance -- but there are differences in how causation in biology is understood."

Hmmm. . . "The extended evolutionary synthesis DOES NOT REPLACE traditional thinking [neo-Darwinism], but rather can be deployed alongside it to stimulate research". (emphasis added)

I recently asked Gerd Müller, one of the founding fathers of the extended synthesis, to clarify the meaning of the term. A little background: Müller barred me from attending the Altenberg! meeting for getting out in front of the story with a series of reports and an ebook prior to the event and for branding conference participants "the Altenberg 16" in print.

Contrary to Kevin Laland -- Gerd Müller sees ES as a new synthesis that will replace the modern synthesis (neo-Darwinism). In an email exchange with Müller a few weeks ago I reminded him of statements made to me for an Archaeology magazine story in 2008 by Stuart Newman, another Altenberg 16 scientist, characterizing ES as a graft onto or a major departure from the modern synthesis depending on who was describing it. Müller, an Austrian whose first language is German, informed me of this:

"The term "Extended Synthesis" was never meant to refer to an "extension of" the Modern Synthesis but to a new and different kind of synthesis that includes many more components -- hence "extended." The inclusion of the new concepts completely alters the structure and "logic" of the evolutionary model, and hence (as a theory) can only replace the Modern Synthesis, not merely improve it. This is not a change in opinion. Denis (Noble) originally also thought that our term "extension" referred to an "add on," but now we are in agreement that this is not the case."

Hmmm. . . "hence (as a theory) [ES] CAN ONLY REPLACE the Modern Synthesis [neo-Darwinism], not merely improve it." (emphasis added)

Müller then noted, "Stuart [Newman] knows about this."

"I wrote to let you know what the scientific meaning of "Extended Synthesis" is. Many terms in science have a different meaning from the public usage, because they depend on particular definitions of the phenomena to which they apply."

"there is no dilemma. I quick check with your Word thesaurus will show you that synonyms of "extended" include "comprehensive", "extensive", "broad" etc. This is the meaning in our case. As in "Extended Family", referring to the wider family and not to an extension of the family."

Gerd Müller and Kevin Laland are both part of the Templeton-funded ES project. But while Müller is adamant that ES replaces neo-Darwinism, Laland is firm that ES does not replace neo-Darwinism.

What then has Templeton just funded?