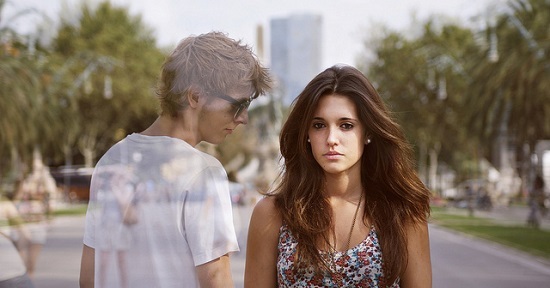 When you hear people talk about the friend zone, it's never mentioned in a positive light. If you find yourself there, you're done. Finished. Game over. Do anything you can to avoid it.

Science might give some hope to anyone that's stuck in the friend zone. That's right, your situation may not be as dire as you once thought. In fact, it might even work to your advantage.

You hang out with the same people, have similar interests, and the same sense of humor. One minute you're both laughing and smiling, the next minute they're telling you about some hottie they made out with. All of a sudden you're wondering what happened, how you got there, and where things went wrong.

Mostly, it's guys that talk about being in the friend zone. But the truth is females get put there too. And for people of any sexual orientation. The end result, though, is the same for everyone.

Why You Got Zoned

Or it could be the two of you are not as similar as you thought.

There is a common phenomenon that psychologists call assortative mating -- or homogamy. They're fancy terms, but the basic principle is that people will seek out others who are like them. It might be the same education level, skin color, status, income, or attractiveness.

This makes sense from a psychological perspective. Time and time again studies have shown that we like people who are most like ourselves. We are inclined to trust them, feel comfortable around them, and can even be more easily influenced by them. So it could be that you stumbled onto a situation where your romantic interest doesn't quite see you as the same as themselves.

At the end of the day, though, the reason doesn't matter much. All that matters is that you got zoned.

Most of the time we see couples together that make sense. Every once in awhile, though, you see two people together and ask how in the world that happened.

Researchers from the University of Texas at Austin wondered what was going on too. Why do most people pair off with similar physical or psychological characteristics? And what makes other couples the exception to the rule?

To find answers, their study looked at 100 married couples and 67 dating couples. They wanted to know how long they had been acquainted before getting romantically involved.

While the couples were discussing their dating history, they were also taped by the scientists. That tape was then given to trained professionals to be rated. Each person in the study was to be given a score based on their physical appearance.

The ratings given to each individual were consistent. If one of the raters gave someone a 7, then most likely the other raters also gave that person a 7. Meaning that the people who gave ratings were largely in agreement about levels of desirability.

The scientists discovered that the larger the difference between the attractiveness ratings, the longer the acquaintance period before getting romantically involved. The couples who had started dating after knowing each other for only a short time were much closer in physical appearance.

More importantly, this pattern also held true for couples that were friends first before they started dating.

So if you're a 6 and they're an 8, you have a better chance of getting with them on a romantic level the longer you know them.

And here's when the friend zone can work to your advantage.

When they are out of your league.

Do you really think you can't get that person because they're too classy or attractive? That they're too good?

Lucy Hunt, the lead author on the study, stated:

"Having more time to get acquainted may allow other factors, such as another person's compatibility as a relationship partner, to make that person appealing in ways that outshine more easily observable characteristics such as physical attractiveness."

So the longer you get to know someone the more your inner qualities, like personality, can shine through. And isn't that what's supposed to matter anyway?

Another interesting finding from the study was the difference in levels of satisfaction among their relationships. To put it plainly, there were none.

It didn't matter if they had known each other a couple of weeks before dating, or were friends for years. Their happiness levels were the same. Friendship before romance didn't lead to more bliss or a deeper understanding. It also showed that when it comes to happiness, looks don't really matter.

Can You Really Be Just Friends?

This question has been explored more in movies, bars, and coffee shops than in science.

When the boundaries are clearly drawn -- say the other person is married or dating -- it's much easier to remain friends. However, when both people are single, things become a bit trickier. The potential for an awkward situation, embarrassment, and even sting of rejection is a real possibility.

It pays to be realistic. Even if science says the friend zone isn't a bad place to be, there's still no guarantee the other person will ever see you in a romantic light.

There's nothing wrong with friendship. Easier said than done when feelings are involved, but it's also the truth. You can always use more friends, and it won't do you any good waiting for something that might never happen.

The best thing to do? Be confident, be yourself, and fill your life with interesting people and activities. That way, it won't matter if they never realize what a great catch you are. Your life will always be full of possibilities.

Image: Tamara Alvarez
---
This article first appeared on TheBrainFlux. You can join thousands of others getting brain tips by following on Twitter or Facebook.

More:
healthy livingfriendsRelationshipsfriend zoneDating
Newsletter Sign Up
The essential guide to taking care of your mind and body
Subscribe to HuffPost’s wellness email
Successfully Subscribed!
Wellness delivered to your inbox