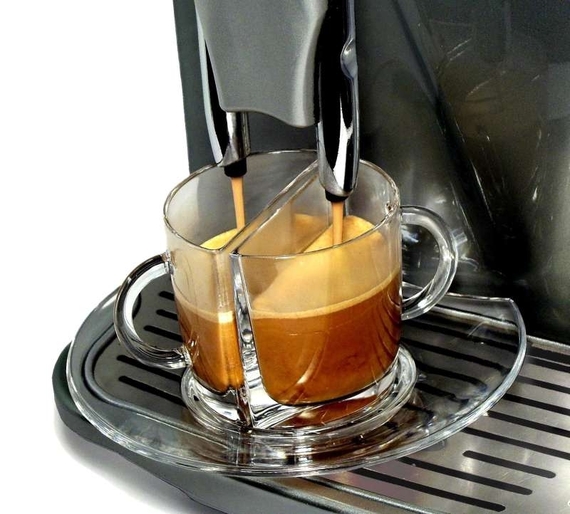 Smelling a cup of freshly brewed coffee can be a rich, almost magical, experience. In fact, in that brief moment, you are smelling a mixture of more than 800 different molecules that make up the smell of coffee.

Part of what makes that experience so rich also makes the sense of smell notoriously difficult to study. Unlike vision or hearing, where stimuli range along a set scale - for example, brightness or frequency - odorants exist in a multi-dimensional space with most, like coffee, composed of hundreds or even thousands of different compounds in varying combinations. Furthermore, odors can be very transient, perhaps lasting only a short time before being dispersed by a gust of wind.

We also habituate very quickly to odors. For instance, when you first enter a coffee shop, you might smell a very intense coffee aroma, but after just a few minutes, you don't even notice it. After prolonged exposure, olfactory regions decrease responding so that you no longer actively perceive odor information. Because of this, odors can become difficult to detect after only a short time.

Only recently have we begun to study smell in humans the way we have studied vision or our other senses. But given the ever-growing scientific discovery about smell's ability to guide behavior, we might be using our nose more than we think.

Why is smell important?

Throughout history, the human nose has been a subject of vanity, medicine, and philosophy. From the inspiration and expiration of oxygen (or life itself), the nose has found its role as the facilitator of our sense of smell. Socrates even defended his purportedly unshapely nose by noting that "my nose is more beautiful because my nostrils flare out and so I can therefore gather in more smells." Unfortunately, he never lived long enough to witness the advent of the modern day rhinoplasty.

One might argue that the sense of smell is rather important. We use it to test our food, to move away from the stinky person on the bus, or even to detect danger - think natural gas or smoke. But, is there more to the story? What is that protrusion in the center of your face really doing, anyway?

Take your average Fido. He's pretty much sniffing everything, always. Dogs and lots of other animals depend on smell as their dominant sense. To support this, they have over 1000 different types of cells that can detect odors, or olfactory receptors. Humans, on the other hand, have only about 300 different types currently identified. So while we might all generally agree that our sense of smell is useful, perhaps it falls short when we consider the rest of the animal kingdom.

But even though we may attribute a superior sense of smell to other animals, humans are also quite sensitive to olfactory stimuli. A study at Northwestern University found that pleasant or unpleasant odors (e.g., lemon or body odor) were able to influence how subjects rated the likeability of a face picture. Importantly, these odors were delivered subliminally, meaning that subjects didn't even realize an odor was present. But still, faces were rated as less likeable when they were shown in the presence of an unpleasant odor, and vice versa. Another study from Brown University found that the same odor could be perceived as pleasant or unpleasant depending on how it was labeled ("parmesan cheese" vs. "vomit"). Findings like these suggest that our sense of smell can powerfully affect behavior, but also that this sense is subject to influence from other information. Scientists continue to study smell in the context of learning to see how the brain mediates our olfactory system.

Our sense of smell is actually our most evolutionarily ancient sense. Both smell and taste are considered chemical senses, meaning that they detect chemicals, or molecular compounds. Even single-celled organisms can show movement toward a chemical attractant (like food), in a behavior called chemotaxis. Our chemical senses have evolved from these simple sensory systems.

So how does our brain pick up on a smell floating in the air and tell us what it is? The molecules that comprise an odor are brought into the nose when we sniff, and they bind to olfactory receptors within our nasal cavity. These receptors can bind different molecules to varying degrees. In other words, some receptors are strongly activated by a particular molecule and more weakly activated to other molecules.

Thus, when an odor mixture reaches the nose, it activates a particular combination of receptors. Like a barcode, this pattern of activation gives information to the brain about what we are smelling.

When it doesn't work

Another interesting perspective comes from studies of those who have lost their sense of smell, or who are anosmic. Anosmia may be congenital, or it can also arise as a result of brain injury or disease. While a gradual degradation in the loss of smell is a part of the normal aging process, anosmia and other olfactory dysfunctions are also an early marker of neuropsychiatric diseases, such as Alzheimer's or Parkinson's Disease. In all of these cases, anosmia can lead to a host of physical and emotional impairments, including decreased appetite, feelings of isolation, anxiety, and depression. While anosmia remains understudied, the loss of smell can clearly have a significant impact on well-being and quality of life.

The neural and behavioral changes that accompany olfactory dysfunction may hold the key to developing improved diagnostic and treatment strategies for neuropsychiatric disease. However, we must also study the olfactory system in the healthy brain in order to understand what exactly goes wrong in the diseased state. By learning more about the human olfactory system, we can come to appreciate just how important this sense is not only for our daily behavior, but for our future health.

--
Lisa Qu is a neuroscience Ph.D. student at Northwestern University in the laboratory of Dr. Jay Gottfried. She received her BA in Behavioral Biology from Johns Hopkins University and currently serves as the Student Life Chair for Northwestern's Chicago Graduate Student Association.

Committed to the development of mind and brain research