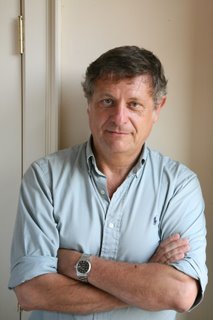 Corrado Spadafora's work 20 some years ago on the organization of chromatin in sperm cells revealed that "sperm cells can behave as vectors of foreign genetic information to embryos at fertilization." This led to his current investigation of embryos and cancer. Spadafora, a biomedical research scientist at Rome's Istituto Superiore di Sanità (Italian National Institute of Health) says findings from his experiments have "profound implications" for non-Mendelian inheritance of characters from one generation to the next. Our interview follows.

Suzan Mazur: Is biotechnology's approach to targeting disease currently based on wrong thinking?

Corrado Spadafora: It is possibly an insufficient strategy altogether. My current experience is with anti-cancer drugs. . . . Most anti-cancer drugs target the last ring of an assembly line, usually specific substrates that play important specific roles in particular tumor types. . . [H]undreds of drugs have been developed, each of which is directed against a specific tumor variant, usually with time-limited efficacy and with unbearable costs for most health systems in Western countries.

The question is: Why should so many compounds be necessary when all tumors share similar features, namely uncontrolled proliferation, low differentiation level and invasivity? Suggesting that the genesis of cancer has fewer causes.

The focus should be targeting fewer parameters shared by a large number of cancers rather than developing a specific drug for every single cancer type. . . . Go to the very origin of the tumor lesion and reduce the number of drugs because the causes are not myriad -- they are few.

Furthermore, basic science can't be dismissed, and there are basic questions that still need answers. You can't just develop a drug because it kills cells. Instead, it is necessary to learn why the cell is out of control.

We don't even know why exactly a tumor is a tumor. We know that it grows, changes its shape, alters genome expression and, with time, becomes aggressively invasive. However, we really don't know why all this happens.

At the moment we can't answer these basic questions, yet the answers are absolutely necessary to win the war on cancer. That is the type of research we're carrying out right now and, paradoxically, the work we're doing on cancer has strong implications for evolution.

Our perspective is that cancer can be regarded as a paradigm of evolution. . . . Cancer is the unscheduled reactivation of an embryonic mechanism in a normally differentiated cell.

Suzan Mazur: Is industry responding to your findings?

The amazing thing is that this all started while characterizing a sperm-specific mechanism. That same mechanism was then found to be active in embryogenesis and is reactivated in cancer. In my opinion, the reverse transcriptase (RT)-dependent mechanism is a cancer-promoting mechanism that is physiologically required in embryogenesis. . . .

Suzan Mazur: You question whether the Weismann barrier exists. Would you say more?

Corrado Spadafora: We inoculated mice with human melanoma cells, expressing the reporter gene EGFP (green fluorescent protein) as a recognizable marker, then examined the spermatozoa of those mice. We found that the sperm cells actually contained EGFP RNA. So, the genetic information had passed from the human cancer cells into the germ cells.

In developing this work, which we are now terminating, we found that oocytes fertilized with these sperm cells generate individuals that contain EGFP RNA, with the mosaic distributed in the tissues of several organs.

The results prove RNA released from the father's tumor reached spermatozoa, crossing the Weismann barrier. The spermatozoa then delivered that "somatic" information to the progeny in a typical Lamarckian inheritance process. According to the data, the Weismann barrier that separates the soma from the germline can actually be crossed, raising the question whether that barrier really exists at all.

Suzan Mazur: Is evolutionary science moving too quickly for even a new integrative synthesis to be relevant for very long?

Three aspects need to be seriously recognized. First, epigenetics heavily affects inheritance. Second, there is transgenerational inheritance, that is, information that can be inherited from one generation to the next unlinked from chromosomes, because extrachromosomal DNA or RNA structures can get through the germline to the next generation and cause phenotypic variations in the offspring. Transgenerational inheritance constitutes a flow of information that parallels that associated with chromosomes. The third aspect is determined by retrotransposons or retro-elements that exert genome-wide effects at both the genetic and epigenetic levels.

Currently there is too much emphasis on next generation technology data. A flood of information appears every week in the literature, but how much of it is truly significant? How much of it actually advances our knowledge of fundamental mechanisms?

We are distracted by a quantitative excess of information while fundamental questions go unanswered. We need to go back and answer those questions in molecular biology, development and evolution -- not dwell so much on technology.

Suzan Mazur: This "flood of information" is largely being published to sell journals and magazines?

Corrado Spadafora: [I]f technology enables us to do something valuable, that must be published. But many papers address very specialized audiences. Sometimes it's difficult for scientists outside that specialized area to understand what these papers mean. For example, sometimes I read the title of an article and I just give up. . . .

Technology is evolving and provides novel tools for expanding knowledge, but technology per se is not everything. We need broader critical understanding. 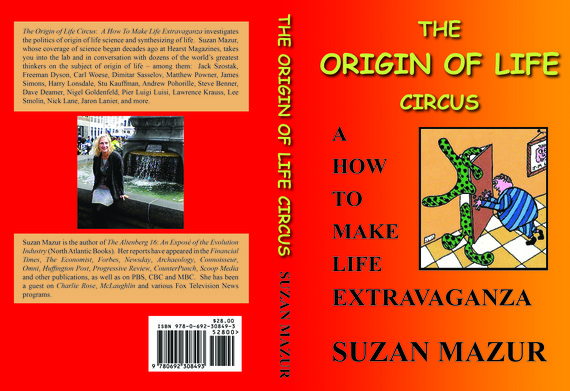