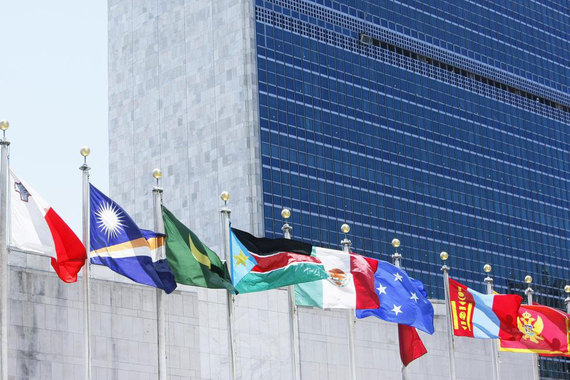 Does American based media and technology better serve to facilitate opportunities for U.S. surveillance/spying or to further our American values, influence and business? In order to gain more intelligence on friend, citizen, and foe alike, are American values as well as business and influence suffering the consequences in perception and tangible impact? It's not about the political hierarchy in Moscow, Teheran, or Beijing, not trusting American influence in culture to technology in their countries. From Germany to Brazil to France, leaders are not merely posturing outrage, (in significant part credible revelations via Edward Snowden.) Citizens and thought leaders in those states are demanding that strings be cut to U.S. based computer servers, media and technology firms as well as a revamp with the U.S. Government. It is fair to ask now: Is more technological capability and unbounded appetite to pursue surveillance undermining more than aiding America's broader interests, ironically also diminishing the presumed rationale for such spying programs, in the fight against terror?

Brazil's President Rousseff devoted her entire opening speech before the UN General Assembly this year on the issue of overreaching surveillance by the U.S. Government on society as well as global political leaders. EU leaders, London aside, are preparing a European response that may undermine both U.S. influence and operations of U.S. based companies from Apple and Microsoft to Google and Facebook. These political leaders were touted by some U.S. commentators as merely posturing for their own voters, but perhaps they ignore the reality of the recent past of communist totalitarian regimes that applied similar broad surveillance of their citizens. Possibly American leaders and citizens have taken for granted America's standing as the most free society.

Proliferation of American Values & Business: "They" Don't Hate Us!

America's values and influence have most effectively proliferated through U.S. based media and most recently technology that has further enabled such to spread to even wider audience. Regardless of efforts of some more closed societies to block the free Internet, younger generations could gain a glimpse of greater freedom, more open debate, our culture and values. Don't believe the rhetoric of fear that they (whoever is defined as the "they") hate our freedom. They may dislike our politics or perhaps be envious of our opportunities, but they also consume and frequently admire our values proliferated via American businesses, media and technology firms.

Now some of America's global friends are demanding that powerhouses like Google and Facebook locate their servers outside of the U.S. and within their own national borders to guard against what they perceive as unbounded U.S. Government surveillance programs. See proposals by Brazil President Rousseff.

However, this may only be the tip of the iceberg heading toward U.S. enterprises and influence. Governments in China and Russia are encouraging social media and overall Internet enterprises established and managed from within their borders. As Americans fear Chinese technology from mobile phones to computers that may provide secret doors to spying, it has been evidenced that such U.S. surveillance already exists and that U.S. firms witting or not may have been drafted into the schemes. Of course even allies have historically spied against each other but this is unprecedented in its scope, intrusion and particularly employment of U.S. based businesses. Google, Facebook and others have sought to distance themselves from at least appearing as fully willing -- they have sought to have "secret court" documentation on such surveillance programs to be made public, at least in more general terms as to frequency and range. Nonetheless, it appears that the damage is already inflicted and probably made worse by Washington's focus on punishing the leaker (Edward Snowden) and the reporting media, (The Guardian) rather than address the potential consequences of snoops gone wild!

EU-U.S. trade talks may also be deferred, and the impact could be more than temporary. While Beijing already urges a "de-Americanization" of the global economy following the recent debt-ceiling and U.S. government shutdown, the surveillance scandal may give EU capitals as well as developing nations another area of common ground -- Brazil already is part of the evermore formalized association BRICS, which also includes Russia, India, China and South Africa, and already acts at the UN and broader diplomacy to counter U.S. influence.

Made in USA is as much about our American values as technology. The surveillance scandal and Washington's misguided focus on hunting down Snowden have already been hurting the U.S. on a diplomatic level and undermining our standing as the beacon of a free society and free enterprise. Ironically, the effect of the snooping may be to also hurt global cooperation with America's closest partners in the fight against terror, the presented rationale for such programs and the rise of a new "surveillance industrial complex." My old colleague, former Secretary of State, and U.S. Ambassador to the UN Madeleine Albright commented in a recent interview that the Snowden revelations had done substantial damage to U.S. interests. Ambassador Albright is certainly correct about the damage assessment, but Washington's may be missing the point: focus on the leak rather than the substance as cause for the damage to US business, values, free society as well as US diplomacy and influence on a global scale.