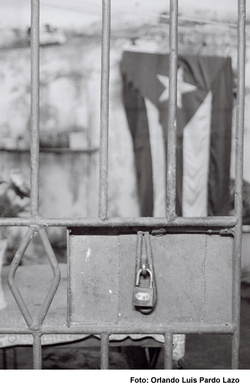 Last week's death in prison of the human rights activist Orlando Zapata Tamayo continues to reverberate throughout Cuba and the world. The following guest column, from Reinaldo Escobar's blog, Desde Aqui/From Here, comments on the current government's increasingly repressive response, and, at the same time, the signs of growing resistance from segments of society.

What Do These Signs Indicate?
By Reinaldo Escobar

In the last days of February 2010, there have been very clear signs that there is not the slightest intention on the part of the government to release its stranglehold on political control of the nation. They seem like isolated events but it would be hard not to see the thread that connects them.

The most notorious was the death of the prisoner Orlando Zapata Tamayo, which occurred on the eve of the second anniversary of General Raul Castro's assumption of the presidency. To leave someone to die, to allow them to die, not to do something to prevent the death of a person who is the exclusive responsibility of a penal establishment is, anywhere in the world, a very serious thing. As serious, I would say, as letting patients in a psychiatric hospital die of cold and hunger.

Then when, in a peaceful and civilized way, some people tried to sign the book of condolences, they were brutally repressed and detained in police stations. At about the same time the Cuban delegation to the Spanish Language Academy's Fifth Congress announced they would not attend because unsuitable people had been invited (by whom they meant the writers Jorge Edwards and Mario Vargas Llosa and the Cuban blogger Yoani Sanchez). In the same the newspaper Granma where the note from the academics appeared, it was announced that Cuba would not participate in the Central American Games to be held in Puerto Rico, because they had not complied with all of the demands made by the Cubans.

In the meantime State Security--how do they get anyone to actually work for this institution?!--visited dozens of citizens to intimidate those of us who had signed an initiative called "Candidates for Change" whose purpose is to nominate people who would be inclined to introduce economic, political and social changes demanded by the opposition and even by some government sectors.

Finally, February was not yet over and at a motion picture event known as the Exhibition of Young Filmmakers, they prevented a group of young people who are filmmakers, but not government addicts, from attending.

Right now other opponents, some in prison and some free, have started new hunger strikes. In the provinces in the interior of the country they have not ceased the arbitrary detentions: the Council of State ombudsman's office cannot cope with all the citizen complaints. The discontent, the repression, those inseparable brothers at each others' throats threaten to raise their visibility.

Are all the events mentioned here isolated incidents? Are they unequivocal signs that the revolution is stronger than ever and that the construction of socialism is advancing smoothly? Or perhaps they are indications that the days when no one listened, no one saw, no one understood what was happening, are coming to an end? 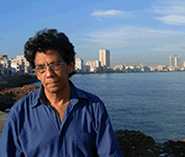 Reinaldo Escobar, an independent journalist since 1989, writes from Cuba where he was born and continues to live with his wife, Yoani Sanchez, and their son. He received his degree in Journalism from the University of Havana in 1971 and subsequently worked for different Cuban publications. His articles can be found in various European publications, and in the digital magazines "Cuba Encuentro" and "Contodos."