Earlier this month, the Mayor's Alliance for NYC's Animals organized "Adoptapalooza" - a day focused on pet adoption, featuring over 100 dogs and cats needing a home.

The Mayor's Alliance is a coalition of over 150 animal rescue groups and shelters that work to end the killing of cats and dogs at Animal Care & Control shelters -- their aim is to make New York City a no-kill community by 2015. To achieve this goal, they focus on boosting pet adoptions while improving spay/neuter rates and enforcing responsible pet ownership.

As Diane Gauld from the Mayor's Alliance says, "We can't adopt our way out of this. We have to cut down on the number of animals being born without a home."

Despite adoption efforts, the Humane Society estimates that 3-4 millions dogs and cats are euthanized in the U.S. each year. HuffPost Blogger and ASPCA President Ed Sayres reports that over 44,000 homeless dogs and cats entered New York City's shelter and partner rescues last year alone. Progress has been made in New York, and Sayres points out that 72% of animals left the shelter system alive in 2010 compared to just 33% in 2003.

Organizations such as Sean Casey Animal Rescue work tirelessly to protect animals from euthanasia. A organization comprised of hundreds of volunteers, they take in animals that would otherwise be put to sleep due to medical problems. Recently, they saved a dog with two shattered legs and provided medical care so that the pup is now "living large on the Upper West Side." Unfortunately, medical bills are costly, and the organization is at risk of closing down.

While this adoption day was set in New York, pet adoption is available around the country and the world. ASPCA and Petfinder.com offer a nationwide database of adoptable dogs in your area.

According to Diane Gauld, an estimated 75% of the dogs brought to Adoptapalooza will be adopted following the event. "While some people still want that perfectly bred dog, I think more are now willing to adopt. The fact that you're getting a pet but also saving a life -- that feels good." 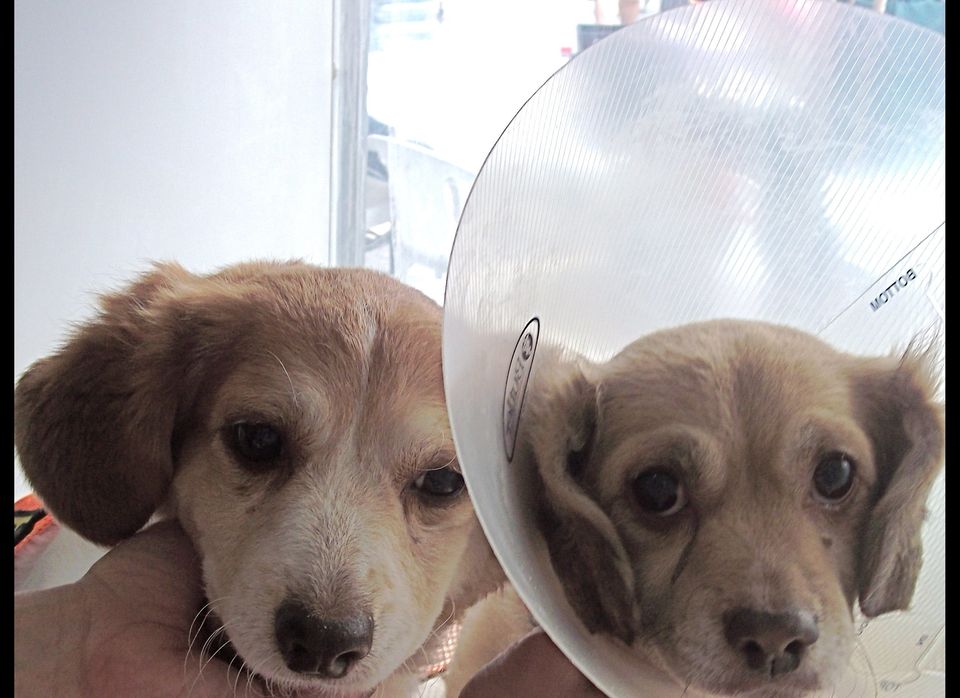 1 / 19
Sophie and Maxie are 5 year old Cocker Spaniels. The two dogs were born and raised together. They were brought in to <a href="http://www.nyanimalrescue.org/" target="_hplink">Sean Casey Animal Rescue</a> last week after the owner died. The owner's sister asked that the dogs be kept together, and Charles Henderson, the organization's director, says, "I'm more than happy to grant that wish in his honor."