As your dog reaches old age, you might expect to contend with veterinary complaints like hip dysplasia or even cancer. But here's one you aren't as likely to expect: Alzheimer's disease.

According to veterinarian Lee Harris, the condition is surprisingly common. At his veterinary practice in Southern California, he's seen an increase in chronic conditions such as obesity, arthritis and dementia.

"Really, our brains are not that different from dogs’," Harris wrote in The Washington Post. "The cellular changes of canine cognitive dysfunction would be recognizable under the microscope to any human brain pathologist: Plaques of beta amyloid — protein fragments believed to be the result of 'oxidative stress' — lead to distinctive 'neurofibrillary tangles' within the damaged nerve cells, and shrinkage of the brain appears in areas where memories are made and behaviors are shaped."

The technical term for the condition, Cognitive Dysfunction Syndrome, has only more recently become recognized as a disease in dogs. Now, it is estimated that more than 50 percent of dogs over the age of 10 will exhibit symptoms of cognitive decline.

Of course, the symptoms will present themselves somewhat differently than they do in humans. Dementia may cause trained dog to go to the bathroom in the house, to become disoriented in the home or yard, or to forget which door to use to get to the yard.

"Although dementia is almost never fatal on its own, cognitive dysfunction and physical health problems are a debilitating combination," Harris writes in the Washington Post.

Older cats, too, can suffer dementia-like symptoms, research has found. A University of Edinburgh study found that half of cats over the age of 15, and one in four cats between the ages of 11 and 14, suffer from Alzheimer's, which may cause them to become confused or aggressive.

But, as in humans, a healthy diet, mental stimulation, human contact and physical exercise can help prevent cognitive decline in pets. And of course, taking the dog out for a walk each day can also help you to live a longer, healthier life.

Your Dog Can Get Alzheimer's Too
Life Lessons From Your Pooch 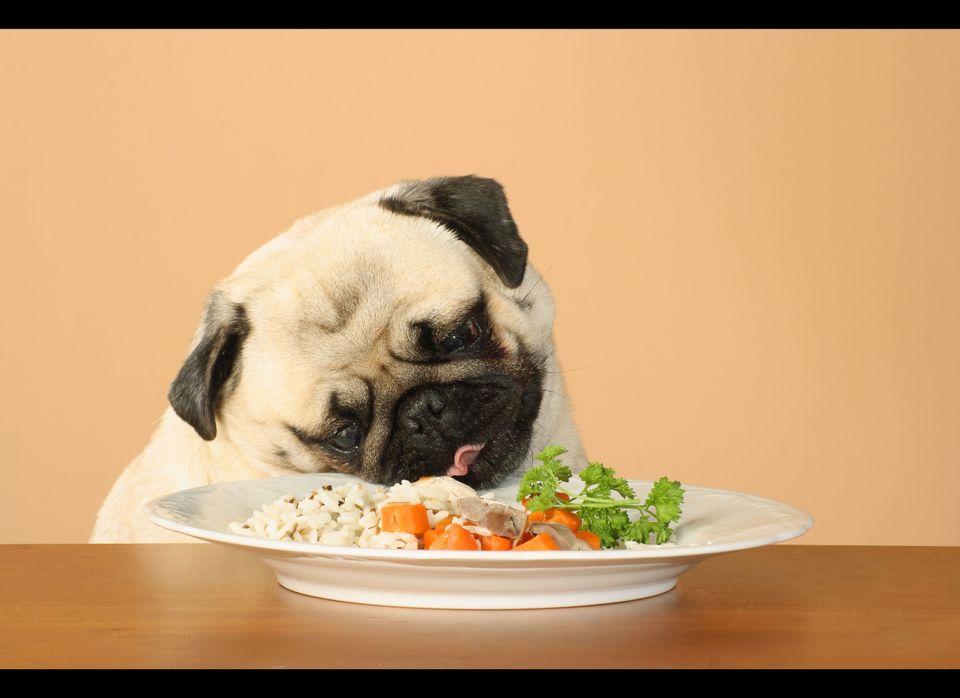 1 / 15
Clean Your Plate
All too often we let our food go to waste, throwing out wilted vegetables and days-old leftovers. No canine worth his or her chunks and gravy would ever let such a thing occur! Learn from your pooch and lick that plate clean. Just make sure you portion properly before eating every last kibble and bit!
Alamy