Everyone knows dog is man's best friend. Isn't it about the time mankind did dogkind a solid and, you know, bought them a beer or something?

Thanks to an Oregon entrepreneur, dog owners can now buy a round of beer for their favorite canine. But in case you've got PETA on speed dial, don't worry -- this 'beer' contains no alcohol.

The new beverage is called Dawg Grog, and it's the brainchild of Daniel Keeton, bartender at Boneyard Brewery's tasting room in his native city of Bend.

Marketed as a "healthy, nutritional, liquid treat," the concoction is made from low-sodium vegetable broth, water, spent grain from the brewery and glucosamine.

"Two things that have become part of the Bend lifestyle are beer and dogs," Doug LaPlaca, CEO of Visit Bend, told KTVZ. "So to create something that would take advantage of the two we thought was a brilliant idea."

LaPlaca's store sells the drink for dogs right alongside human-only beverages from local breweries. LaPlaca admits that it can cause a bit of confusion.

But novelty comes with a price. A six pack of Dawg Grog costs $36, which is roughly three times more than you'd expect to pay for a sixer of an alcoholic microbrew for humans. 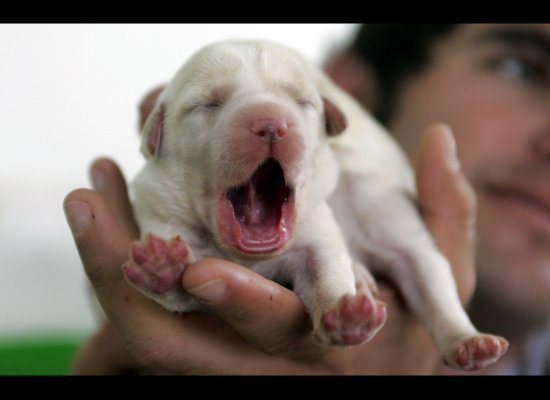