This pooch really went the distance to make sure his owner was going to be OK.

After experiencing some dizziness, J.R. Nicholson, an 85-year-old rancher from Mason, Texas, was rushed to the hospital late last month, ABC News reported. Little did he know, his faithful furry friend, Buddy, wasn't planning on leaving his side.

A motorist spotted the dog on the side step of the ambulance as it was en route to the hospital, and flagged down the driver. The pup, who was immediately brought into the vehicle after the sighting, had been clinging on for 15 - 21 miles and was thankfully unharmed, according to the outlet. 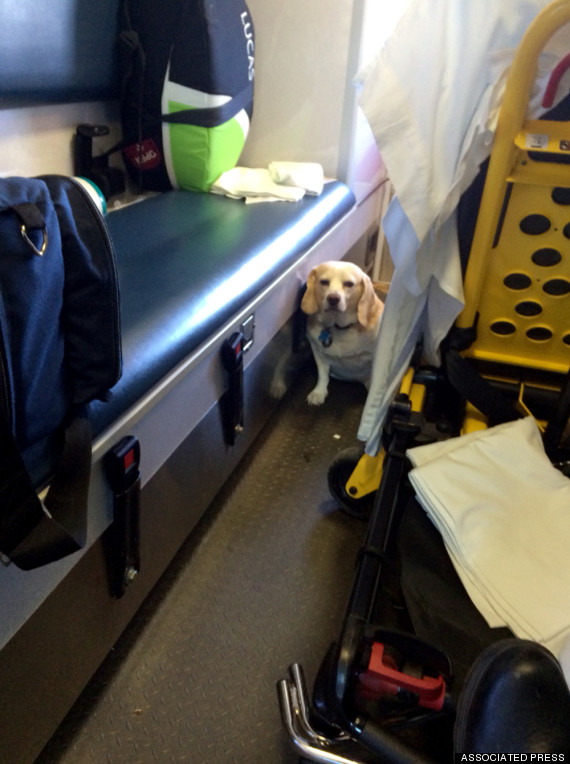 Ranch hand Brian Wright noticed the pup was missing when Nicholson had left the ranch, but didn't think anything of it, as Buddy often roams around the property, according to the Standard-Times. Wright, who was concerned about Nicholson's condition, went to check on him in the hospital, and was shocked to hear that the loyal pooch has accompanied his owner there.

"I don’t think he wanted to leave his buddy, his best friend," Wright told ABC News of the pup and his deep bond with Nicholson.

The daring ambulance ride wasn't the only bit of mischief Buddy was up to that day. The dog caused a bit of a ruckus while waiting in the vehicle for his owner.

"It was kind of funny. We were inside and he had jumped onto the control switch and turned on the sirens and the lights," emergency room technician Tanner Brown told the Standard-Times of Buddy's antics. "We didn’t know what was going on."

Nicholson, who was discharged from the hospital that day with no complications, and his devoted furry friend are both doing well.

"I was impressed," Nicholson told the Standard-Times. "He didn’t have to go to the hospital with me, but he did."