A 4-year-old collie named "Don" took matters into his own paws Wednesday morning while accompanying his owner, 77-year-old Tom Hamilton, in a tractor ride at Hamilton's sheep farm in Abington, Scotland.

"I was out in the mini tractor and had stepped out of it to get a lamb which looked like it was about to get out of the gate,” Hamilton told Scottish Television.

While Hamilton turned around, Don leaned on the tractor’s controls, causing it to barrel down a hill, smash through a fence and speed onto a highway, where the vehicle crashed into a median, according to NBC News.

Don was uninjured and no humans were hurt in the incident, but the crash did cause traffic delays, as tweeted by Traffic Scotland, a travel monitoring service operated by Transport Scotland, a government-run transportation agency.

#M74 (N) J13-RTC due to dog taking control of tractor... nope, not joking. Farmer&police at scene,vehicle in central res. #maycausetailbacks

Don did seem pretty embarrassed about the whole thing.

Don't let Don's bad time behind the wheel besmirch the name of dog drivers everywhere, though. They just need the proper training. 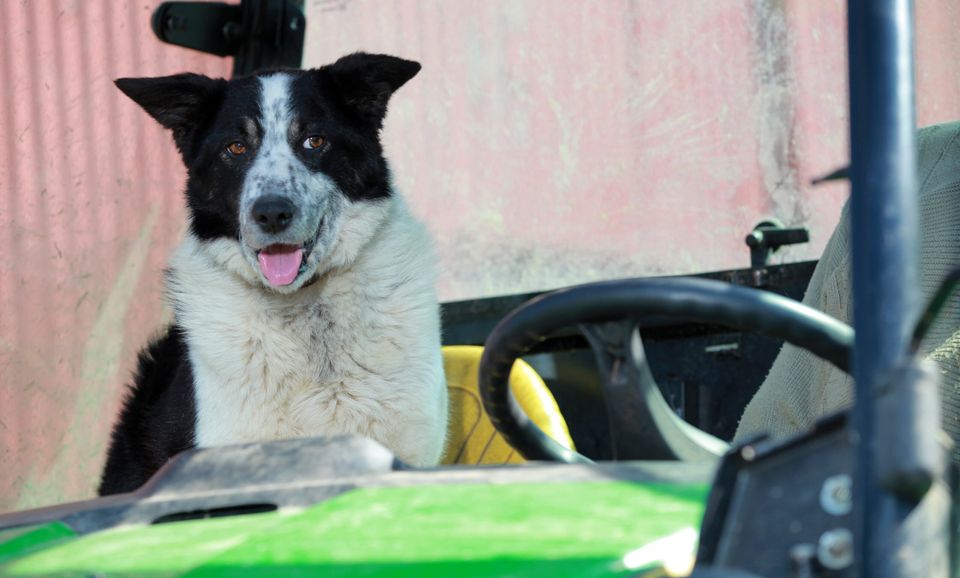 1 / 5
Don the dog, who belongs to farmer Tom Hamilton of Kirkton Farm near Abington, after he crashed the farm vehicle onto the M74 near J13.