A Virginia pet owner has sparked outrage postmortem by having her beloved dog euthanized so it could be buried with her.

Although personnel at the shelter begged the deceased woman’s estate executor to forfeit the dog to them so she could be placed in a new home, the representative would not budge.

“We did suggest they could sign the dog over on numerous occasions because it’s a dog we could easily find a home for and re-home,” Carrie Jones, manager of Chesterfield Animal Services, told the station. “Ultimately, they came back in on March 22 and redeemed the dog.”

Emma was then transported to a local veterinarian’s office where she was euthanized. Her remains were cremated and her ashes placed in an urn, which was then given to the woman’s estate executor and allegedly laid to rest alongside her, in accordance with her last will.

While Virginia state law prohibits pets from being buried with humans in commercial cemeteries, there are exceptions for private and family-owned burial grounds.

Current state law also views dogs as personal property and does not prevent the euthanization of a healthy pet. However, ethical dilemmas may prevent some vets from performing the procedure.

PHOTO GALLERY
Why Fostering Shelter Pets Is The Absolute Best 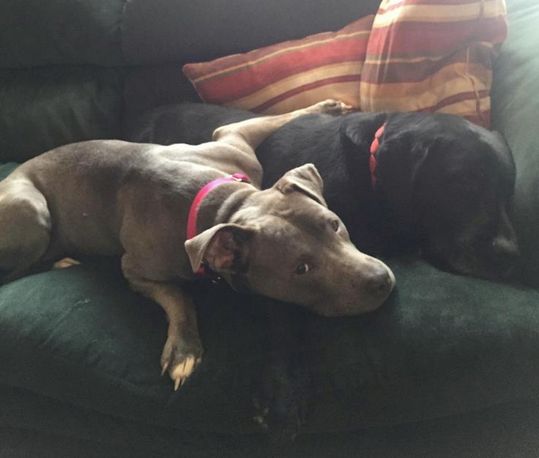 1 / 15
Fosters Learn That They're Loved
"Watching a dog that has been in a shelter environment, or hurt, or abused or all of the above enter your home is a magical, beautiful thing," writes regular fosterer Tamera Jackson <a href="http://www.pmarinc.org/for-the-love-of-dogs/#lightbox/2/" target="_blank">on the Pibbles & More Animal Rescue blog</a>. "Though they may not be settled, yet they surely seem to know they are safe and, yes, loved."
Tamera Jackson